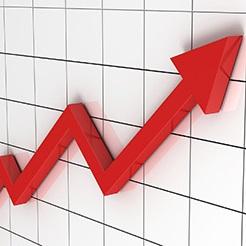 The number of people claiming unemployment benefit in the UK soared to 2.1m in April, the first full month of the coronavirus lockdown, the highest level since 1996

According to the Office for National Statistics (ONS), based on data from the Department of Work and Pensions, claims were up by 69%, the largest ever one-month increase, as 856,500 people made claims.

Previously, before the pandemic took told, the UK employment rate in the three months to March 2020 was estimated at a joint-record high of 76.6%, 0.6 percentage points higher than a year earlier and 0.2 percentage points up on the previous quarter.

ONS data also shows that as lockdown began, and working patterns changed, there was a falloff in productivity and the total number of weekly hours worked showed its largest annual decrease in 10 years.

Estimates based on returns for individual weeks suggest that this fall was mostly caused by a 25% decrease in hours in the last week of March, with a much smaller decrease in the previous week, the ONS said.

Analysis by the Institute for Fiscal Studies (IFS) suggests that by the time the lockdown was announced, firms had stopped posting new vacancies almost entirely. New postings on 25 March were 92% down on their levels in 2019.

The fall was sharpest in low-paid occupations directly affected by social distancing measures, but new vacancies for higher-paid jobs in legal and managerial professions also saw falls of over 60% relative to 2019.

Xiaowei Xu, a senior research economist at IFS and an author of the briefing note, said: ‘Job vacancies almost completely dried up in March and are now only tentatively recovering in the health and social care sector and barely at all in other parts of the economy.

‘Health and care jobs generally require a high level of training, which means that workers who have been furloughed or made unemployed will struggle to fill these jobs.

‘For those who remain employed, the collapse in job vacancies will severely limit their ability to move between jobs, which is an important channel for wage progression especially among younger workers.’

The government has announced that anyone with symptoms of coronavirus is now eligible to book a test, ahead of the rollout of the test and trace service which is viewed as an essential element in making it possible to open up more sectors of the economy for work.

Matt Hancock, health and social care secretary, said: ‘Following the massive ramping up of our national testing programme, anybody with symptoms of coronavirus in the United Kingdom is now eligible for a test.

‘This is a huge step forward in our plan to slow the spread of the virus, protect the NHS and give the peace of mind these tests can bring.’

The tracing element of the service in England, due to be launched shortly, will be supported by 21,000 contact tracers

Anyone in England, Wales, Scotland and Northern Ireland experiencing a new, continuous cough, high temperature or a loss of or change in your normal sense of smell or taste can book a test by visiting www.nhs.uk/coronavirus.