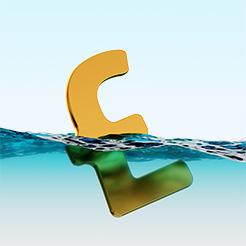 The LITRG warn that, for many, a third of the grant might have to be ‘paid back’, in tax and Class 4 National Insurance (NIC).

Grants made to the self employed and partners in trading businesses under the SEISS scheme are likely to be included in claimants’ 2020-21 self assessment tax returns.

Claimants might not appreciate that income tax and Class 4 National Insurance is due on the grant and payable by 31 January 2022 at the latest.

LITRG fears that people could instead assume the amount is exempt from tax, particularly as it is described by the government as a ‘grant’.

Victoria Todd, head of LITRG, said: ‘Many claimants of SEISS grants might, understandably, use the money as soon as they get it, for example, to catch up on liabilities or to meet essential living costs - but they need to think now about budgeting for income tax and National Insurance on it.’

The timing of the grants – early in the tax year – means that individuals might have to forecast their total taxable profits for 2020-21, so they can estimate the amount of tax and National Insurance due on the grant. For many, this is likely to be 20% tax and nine per cent Class 4 National Insurance.

Todd added: ‘The government has announced recently that a second wave of grants will be paid under the scheme in August 2020.

‘We urge HMRC to do as much as they can to publicise that the grants are chargeable to income tax and National Insurance, to reduce the risk of people being surprised by higher-than-expected 2020-21 tax bills.’

Self employed subcontractors in the construction industry will need to watch out for the SEISS grant being paid without tax taken off.

This is different to their other, usually taxed, income and it could mean that they do not get their usual expected refund after submitting their tax return next year.