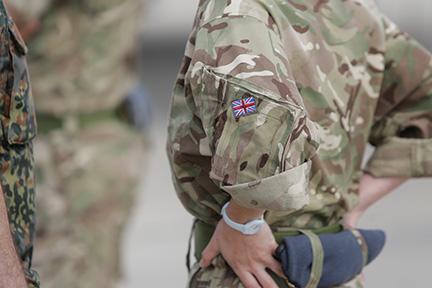 Military reservists who have been deployed during the pandemic will be able to access the government’s self employment scheme, and those returning to work in the coming months will be eligible for the coronavirus job retention scheme (CJRS), the Chancellor has announced

Rishi Sunak said serviceman and servicewomen who come back to their day job after completing a period of active duty will be able to be furloughed by their employer under the recently extended CJRS.

He also announced that self-employed army, navy and airforce reservists who are currently ineligible for the self employment income support scheme (SEISS) as a result of their service will be able to access a grant.

Sunak said: ‘To enable the introduction of more flexible, part-time furloughing, and support those already furloughed back to work, CJRS claims from July onwards will be restricted to employers currently using the scheme and previously furloughed employees.

‘However, as some reservists will have been in active service during the outbreak and will be returning to work after this cut-off point, they have been exempted from the restriction - providing they work for an employer who has previously furloughed employees.’

Reservists who currently cannot access the SEISS as a direct result of their service in 2018-19 will be able to make a claim for both the first and second SEISS grants, and further information on how to do this will be published shortly.