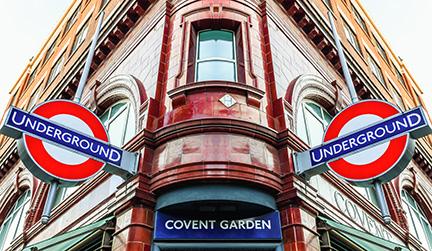 The government has agreed a £1.6bn funding and financing bail-out package for Transport for London (TfL), which operates the capital’s tube and bus network, in order to safeguard operations and support gradual recovery from the Covid-19 crisis

TfL runs services for around a billion passengers a year, serving a city of 10m. More bus journeys were completed in London last year than across the rest of England put together, but the coronavirus pandemic has had an unprecedented impact on its finances, with passenger numbers on buses and the underground down by around 90%.

With London mayor Sadiq Khan suggesting TfL was set to run out of money and would need to curtail services across the network, the government has agreed a package consisting of a mixture of grants and loans based upon a series of conditions.

These include increasing service levels as soon as possible to ensure people can follow social distancing guidelines while on the network, making sure those who have no alternative to public transport can travel safely.

A London Covid-19 task force, comprising representatives of the government and TfL, has been established to oversee operational decisions during the crisis.

The package will see the reintroduction of fares on buses, after travel was made free to limit any interaction between passengers and drivers, and reinstatement of the congestion charge applicable to vehicles moving within a designated central zone.

It will also focus on promoting traffic management and active travel to maximise the benefits of the government’s previously announced £2bn investment in cycling and walking. This will include efforts to push forward new segregated cycles lines, pavement extension and road closures to traffic, making it easier for people to chooser greener ways to travel.

Grant Shapps, transport secretary, said: ‘People should avoid using public transport and work from home wherever possible, but as measures are slowly lifted it is vital that Londoners who need to use TfL services feel safe and secure.

‘We must drive an increase in services to support social distancing and ensure our capital keeps moving, driving the economic recovery of this country going forward.’

Under the terms of the deal, there will be a temporary suspension of the Freedom Pass and 60+ card concessions to off peak hours. It will also see temporary suspension of free travel for under 18s and special arrangements will be made to ensure children eligible under national legislation can still travel to school for free. These changes will take place soon as practicable.

The government is to carry out an immediate and broad-ranging review of TfL’s future financial position and structure, including the potential for efficiencies. Two special representatives will represent the government on TfL’s board, its finance committee and its programmes and investment committee.

The mayor has also agreed to increase fares next year on all modes by RPI plus 1%, in line with the proposals in TfL’s own business plan, in order to put the organisation on a more sustainable footing.