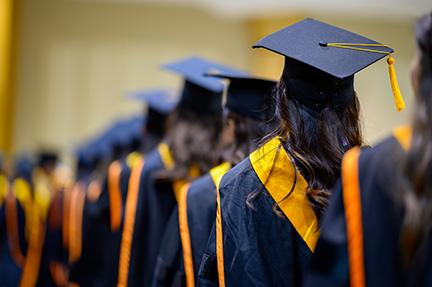 Around a dozen universities could plunge into insolvency as a result of the Covid-19 crisis, which poses a significant financial threat to the UK higher education sector, according to research by the Institute for Fiscal Studies (IFS)

The think tank warns universities will experience large income losses from falls in student enrolment, especially of international students, as well as lockdown-related losses of income from student accommodation and conference and catering operations.

In addition, the sector faces financial losses on long-term investments and from increases in the deficits of university-sponsored pension schemes.

The IFS report suggests that while the higher education sector as a whole is well placed to shoulder these losses, with around £45bn in reserves and an annual surplus of around £2bn, they could still cause serious financial problems for individual institutions, including insolvency.

It estimates that long-run losses could come in anywhere between £3bn and £19bn, or between 7.5% and nearly half of the sector’s overall income in one year.

The IFS points out there are substantial differences between institutions. In general, institutions with a large share of international students and those with substantial pension obligations will face the biggest falls in income or increases in costs.

These tend to be higher-ranking universities, postgraduate-only institutions or prestigious arts schools. While these institutions are relatively well placed to attract more UK students in response to falls in international enrolments, they will be constrained by recently introduced student number caps.

However, these are not at the greatest risk of insolvency, as many were highly profitable before the crisis and have substantial financial reserves.

Much more vulnerable are those, generally less prestigious, institutions that entered the crisis in a weak financial position and with little in the way of net assets.

On this basis, according to IFS’s central scenario, 13 universities educating around 5% of students would end up with negative reserves and thus may not be viable in the long run without a government bailout or debt restructuring.

A targeted bailout aimed at keeping these institutions afloat could cost just £140m, although the IFS warns the government would need to consider their long term viability.

Elaine Drayton, a research economist at IFS, said: ‘If the government wanted to avoid university insolvencies, by far the cheapest option would be a targeted bailout, which may cost just £140m.

‘However, rescuing failing institutions may weaken incentives for others to manage their finances prudently in the future.

‘General increases in research funding avoid this problem but are unlikely to help the institutions that are most at risk, as few of them are research-active.’

Briefing note Will universities need a bailout to survive the Covid-19 crisis?

US senators warning on impact of BEPS