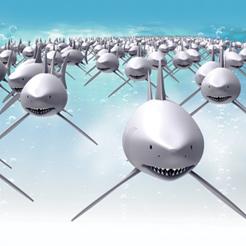 Only 1% of businesses have been able to access the government's emergency coronavirus business interruption loan scheme (CBILS), while SMEs face serious cashflow reserves, pushing companies towards a 'cliff edge', warns the British Chambers of Commerce

One in five businesses want to make use of the CBILS scheme, but so far only 1% have managed to access any funding with banks nervous about releasing funds in the face of the coronavirus pandemic.

Likewise, only 7% of businesses have received support grants, part of the government's unprecedented financial package to support businesses, according to the weekly British Chambers of Commerce (BCC) covid-19 tracker poll.

The BCC tracker monitors the effectiveness of government covid-19 support measures, and received more than 1,000 responses in the first few days of April.

BCC says the results show that while business awareness and need for support is high, most businesses report difficulty in accessing the funding available.

Over half of firms (57%) had only enough cash reserves for three months or less, and 6% had already run out of cash.  More than a third (37%) said they were planning to furlough between 75% and 100% of their workforce over the next week, up from 32% in the previous week’s poll.

While 7% of respondents were able to make use of the grants for small businesses, 14% had been unsuccessful, largely because they did not meet the criteria.

Adam Marshall, BCC director general, said: ‘Our latest data shows that many businesses face a cliff edge scenario, either at the end of this month or over the course of the next quarter.

‘We’ve seen a big jump in the number of firms furloughing staff, and many are now starting to apply for access to government loan and grant schemes to keep themselves afloat. Our research suggests that support is only starting to reach firms on the ground.’

Analysis of SME balance sheets conducted by accounting firm UHY Hacker Young found that the balance sheets of more than 13,500 SMEs in the UK are exposed, adding to the urgency for funding to be released quickly.

The average SME now has only 95% of the cash (or other easily realisable assets) to pay debts due in the next 12 months.

In addition, their cash-to-debt ratio had already been declining for several years in a row, culminating in average cash reserves falling from 104% to 95% of short-term debts in the past year alone, partly reflecting more challenging trading conditions for SMEs in the wake of the Brexit vote.

The problem could be made worse if larger businesses now slow their payment of invoices to their smaller suppliers, with the firm pointing out that in recent days a number of large, well-capitalised multinationals have suggested that they will not pay their landlords.

Martin Jones, partner at UHY Hacker Young, said: ‘It’s worrying to see British SMEs are struggling to pay their short-term debts already – coronavirus disruption is going to make the situation even worse over the coming weeks and months.

‘It’s crucial that CBILS loans are made available to businesses as fast as possible, with the minimum of bureaucracy and red tape. Banks often want to process SME loans through a lengthy underwriting process, but this situation is unprecedented. A huge volume of lending needs to get to UK small businesses in days, not weeks or months.’

The Institute for Fiscal Studies (IFS) has highlighted that some of the self employed and those running their own business have been left floundering in their bid to access government help.

Following Chancellor Rishi Sunak’s announcement of support schemes late last month, the IFS calculated that 1.3m people - 25% of the self employed, who earn less than half of their income from self employment, will not qualify.

As these three groups overlap, IFS says a rough estimate is that in total around two million people with some self-employment income (38%) will not be covered by the government’s self employed income support scheme (SEISS).

Among the 3.8m people that receive more than half of their income from self employment, roughly 675,000 (18% of them) will not qualify for the SEISS.

In addition to the five million people with some self-employment income, there are around two million people running their own company, many of whom pay themselves a very small salary, often set at the national insurance (NI) earnings threshold, which is currently £166 per week, and take the rest of their income in dividends.

This means that the coronavirus job retention scheme - also known as the 80% furlough rules - will cover only a small part of their actual income.

Stuart Adam, a senior research economist at the IFS and one of the authors of the report, said: ‘Under pressure to come up with a workable scheme to support the self-employed at speed, the Chancellor has erred on the side of generosity for most.

‘Being able to claim the full amount even if profits are affected only marginally will leave some self-employed benefitting substantially.

‘The delay in payments will cause financial hardship for some. But the fact that they can claim benefits for the next three months, and then also claim the earnings replacement in early June, will mean many will ultimately lose little or no income overall.

‘But some will fall through the gaps completely – including high earners and the newly self-employed – and others will see only part of their overall earnings covered, including many who combine self-employment with employment or whose business is set up as a company.’

You can find all the essential tools and industry guidance for dealing with Covid-19 here on our Croner-i platform.

To keep you informed, we also provide Croner-i Coronavirus-related webinars and updates for businesses, covering HR, financial implications and more. Coming soon: what you need to know about furlough rules. Register here