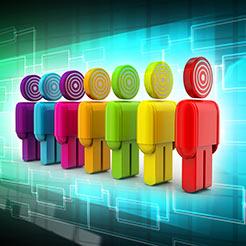 Companies will not be required to report on their gender pay gap data this year, as is mandatory for those with over 250 employees, because of the coronavirus pandemic, reports Pat Sweet

The Government Equalities Office (GEO) and the Equality and Human Rights Commission (EHRC) said they had taken the decision to suspend enforcement of the gender pay gap deadlines for this reporting year (2019/20).

The decision means there will be no expectation on employers to report their data.

In a joint statement, Liz Truss, minister for women & equalities, and Equality and Human Rights Commission chair, David Isaac, said: ‘We recognise that employers across the country are facing unprecedented uncertainty and pressure at this time. Because of this we feel it is only right to suspend enforcement of gender pay gap reporting this year.’

More than 3,000 employers have already reported their data via the gov.uk website this year, representing a quarter (26%) of expected reporters. The Government Equalities Office said it will continue to provide support to employers in reporting their data should they wish to do so.

The most recent figures indicate the gender pay gap among all employees fell from 17.8% in 2018 to 17.3% in 2019. There has been a downward trend in the full-time pay gap since 1997 and the overall pay gap has also decreased over the period.

In normal circumstances, the Equality and Human Rights Commission has the power to investigate employers that fail to report their gender pay gap data, who could face an unlimited fine after court action.