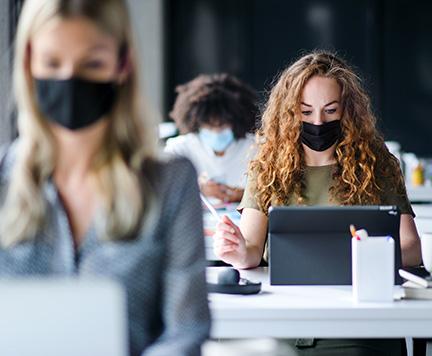 The second phase of the Coronavirus Job Retention Scheme (CJRS V2) launches on 1 July, allowing employers to operate flexible furlough schemes, amid claims that the complexity of some regulations may lead to errors

The first version of the CJRS, whereby employees had to be furloughed full time, ended on 30 June and the deadline for claims is 31 July.

In its guidance, ICAEW’s tax faculty highlight that before HMRC published its full guidance there were suggestions that employers would have to make a CJRS V1 claim by 30 June to qualify to receive CJRS V2 grants.

However, this is not the case, and all businesses have until 31 July to claim CJRS V1 grants.

Under the second phase, employees can be flexibly furloughed, enabling part-time working, and there is no minimum furlough period.

Each claim made by an employer must be for a week or more unless the claims for an ‘orphan period’ at the beginning or end of a month.

The final date for submitting claims under CJRS V2 is expected to be 30 November.

Furlough claims must contain details of usual hours and actual hours worked, with furloughed hours calculated as the difference between these.

ICAEW’s tax faculty has highlighted confusion about the way in which usual hours should be calculated.

Applying HMRC’s methodology for an employee in July produces a result of 155 usual hours, whereas the tax faculty says that a common sense answer, obtained by looking at a calendar and counting the hours, is 161 hours for July (23 working days Monday to Friday days x 7 hours).

The tax faulty states: ‘Following HMRC’s guidance means that for many employers the grant they receive will be slightly less than they may have expected if they were working on an employee returning to work for a percentage of their usual working week.’

Susan Ball, partner, employer solutions RSM, said: ‘There is no doubt that CJRS has provided a lifeline for many businesses but it’s clear flexi furloughing has made it even more complex.

‘There are traps employers could fall into depending on previous claims, how long they intend to furlough for and how employees are paid. It’s very likely genuine errors will happen, and employers will need to react quickly to make any corrections to timings, so they are not caught out.’

Ball points to restrictions for employers who want to flexi furlough an employee from 1 July who was not included in the last claim to 30 June even though they had previously been furloughed for 21 days.

Employers will not be able to include this employee in a claim if they intend to make the first claim for less than seven days and this person will also not be included in the claim the company makes immediately afterwards.

How employees are paid also has an impact on how employers can claim.  If an employer has employees who are flexi furloughed from 1 July, who are paid monthly at a fixed rate, they can claim for the calendar month, provided they can keep track of hours worked.

For employers with employees who are paid weekly, fortnightly or four weekly on variable pay, the calculations and the timing of claims are complex and rely on accurate hours worked record keeping both currently and in the prior year, Ball said.

The Treasury published a revised direction on the operation of the CJRS at the end of June.

Carolyn Brown, employment legal partner at RSM, said: ‘Employers seeking to use grant support to resource the cost of redundancy consultation periods or redundancy notice periods will read this legislation with interest.

‘It states it is integral to the scheme that the payments are used to continue the employment of those employees adversely impacted by coronavirus or the measures taken to limit its spread.

‘This appears to be a nod to those sectors such as hospitality and leisure which are latest to be allowed to reopen and trying to manage the financial impact of doing that in a socially distanced coronavirus safe manner.’