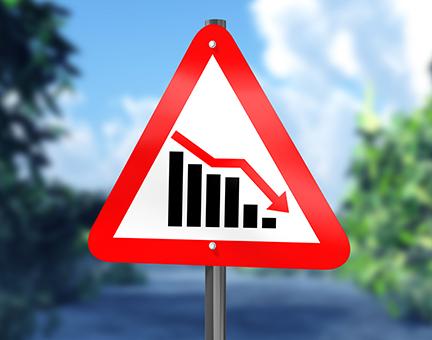 Confidence among CFOs has declined to its lower ever level with 89% feeling uncertain about their company’s future; some forecast that ‘revenues will not return to pre-crisis levels for at least a year’

Business confidence has seen its largest quarterly fall on record, according to Deloitte’s latest CFO survey. This reversal comes after the Q4 2019 survey showed the largest increase in sentiment in the wake of the general election.

CFO perceptions of external uncertainty have risen to the highest level in the history of the survey. The majority of CFOs surveyed (89%) now feel there is a high or very high level of uncertainty facing their business, a sharp increase compared to 34% in the previous quarter.

Business sentiment around revenues has fallen markedly. In Q1, 97% of CFOs say they expect UK corporates’ revenues to decrease in the coming 12 months. CFOs expect their own businesses’ revenues to be 22% lower on average this year, than estimated in their pre-Covid-19 plans.

The Covid-19 crisis has taken a heavy toll on economic activity. In Q1, 94% say they are unwilling to take risk onto their balance sheets. This is the second-lowest reading for risk appetite on record, the lowest level having been observed during the 2008 financial crisis.

‘CFOs expect the lockdown to ease in May and June and demand in their own sectors to start recovering later this year.

‘But there is no expectation of a quick snap back in activity, with most CFOs assuming revenues will not return to pre-crisis levels for at least a year.’

The Deloitte CFO survey for Q1 2020, which gauges sentiment amongst the UK’s largest businesses, took place after the UK was placed into lockdown between 8 and 22 April.

This survey is the 51st quarterly survey of Chief Financial Officers and Group Finance Directors of major companies in the UK.