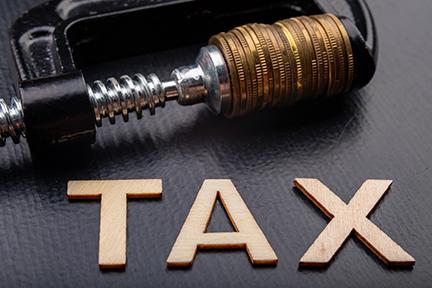 The public are using lockdown to take decisive action against tax avoidance practices, as a record number would rather shop with (79%) or work for (82%) a business that can prove it’s paying its fair share of tax

The figures are a three-year-high from the Fair Tax Mark’s annual polling, with year-on-year increases in those calling for not just greater transparency from businesses but more action from local authorities and the government.

This year’s polling took place during lockdown amid a renewed sense of community cohesion and support for stretched public services, according to Fair Tax Mark.

In a first for this year’s polling, new insights were generated around businesses currently receiving government support, as eight in ten people (82%) questioned believe businesses benefiting from bailouts should be forced to agree terms that prohibit tax avoidance and enforce responsible tax conduct.

Paul Monaghan, chief executive of the Fair Tax Mark, said: ‘With £7bn of annual revenues still not being collected as a result of corporate profit shifting to low tax jurisdictions plus an estimated £300bn coronavirus economic cost, the public want businesses to prove that we’re in this together.’

This year’s polling found that over three quarters (78%) of the public believe that all companies, whatever their size, should have to publicly disclose the taxes that they do or don’t pay in the UK.

The poll also discovered that 77% of the public believe that the UK should take a lead and force multinational businesses to disclose how much income, profit and tax they pay in each country in which they operate.

Monaghan added: ‘The vast majority of people want to support and celebrate the businesses that reject the use of tax havens and tax avoidance, and they want their politicians to force the laggards to come clean. Too often it is impossible to discern whether a company is paying the tax it should, even with a forensic analysis of their accounts.’

‘That’s why during the coronavirus crisis we have been calling on the UK government to ensure that any bailouts are conditional on recipients committing to responsible tax conduct and transparency.’