Covid-19: British Airways furloughs 30,000 and puts pilots on half time 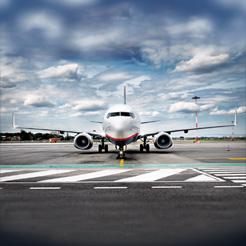 The aviation industry is calling for targeted support as British Airways places over 30,000 employees on furlough and EasyJet grounds all flights

Unite, the union which represents workers employed by British Airways, has reached agreement with the company about how over 30,000 employees will be protected during the coronavirus crisis.

Under the deal British Airways will introduce a modified version of the government’s job retention scheme, so that workers will be furloughed on 80% of pay. However, unlike the government scheme, there will be no cap on earnings.

Workers will be able to divert their pension contributions into their pay for a short period of time (contributions are between 9%-18% cent of earnings).

There will be no unpaid temporary lay offs and no redundancies during this period, which lasts until 31 May, and the redundancy process that had already begun has been halted.

Unite national officer for aviation Oliver Richardson said: ‘Given the incredibly difficult circumstances that the entire aviation sector is facing this is as good a deal as possible for our members.’

There are also reports that the British Airline Pilots Association (BALPA) has agreed that British Airways’  4,500 pilots will take two weeks of unpaid leave in each month, with the reduction to their wages to be spread over the next three months.

British Airways has already halted flights from Gatwick and London City Airport, while its parent company IAG has announced plans to ground about 90% of its fleet in April and May. IAG has also cancelled its proposed 2019 final dividend, worth €337m, because of the coronavirus pandemic.

Budget airline Easyjet has grounding its entire fleet, and all other airlines are scaling back to virtually zero flying. Virgin Atlantic and Loganair have been reported as calling for urgent government help, following on from Flybe’s collapse earlier this year

BALPA general secretary, Brian Strutton, said: ‘We saw the impact that coronavirus had on Flybe and predicted then that other airlines would suffer severely if no help was offered.

‘The government promised that it would implement bespoke packages of support for the aviation industry, but where are they?

‘The sector was thriving before this crisis and will be vital to the country’s economic recovery when the virus abates. But without support NOW, the airlines could be gone, and the industry will not be there when we need it.

‘Airlines have done what they can to mitigate the effect of having almost no revenue for the summer, their key earning period, as they were asked to do.

‘Now the government needs to fulfil its promise to help, before it is too late.’