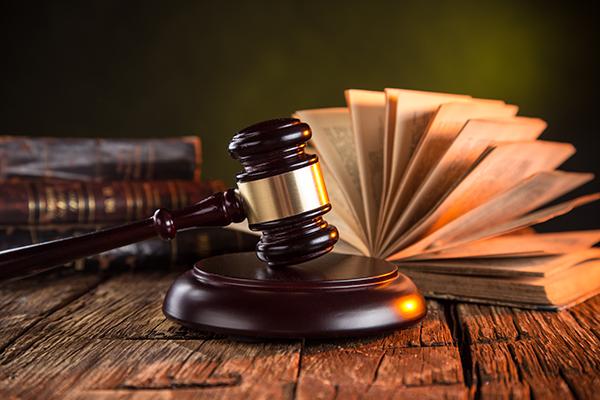 The First Tier Tribunal (FTT) held that an amount paid to Shinelock Ltd’s former controlling shareholder representing the profits that arose on the sale of a property was neither a distribution nor a loan relationship non-trading deficit.

Shinelock had bought a property in Virginia Water on 31 March 2009 for £725,000 and disposed of it for £1.03m on 4 December 2014. He realised a chargeable gain on the sale of the property and the acquisition of it had been financed partly by a bank loan and partly from a loan from the company’s then controlling shareholder Ayaz Ahmed.

Under the terms of an arrangement described in the company’s accounts, Ahmed was entitled to the profits or gain on sale of the property and, under this entitlement, and an amount equal to the gross gain of £305,000 was paid to Ahmed on 15 December 2014.

Shinelock argued that the chargeable gain was entitled to full relief from tax because the £305,000 payment by the company to Ahmed was a non-trading loan relationship deficit (LRNTD) and the company did not bring any chargeable gain into account in its self assessment for the year ended March 2015.

Shinelock argued that it had made a late claim for relief for the non-trading loan relationship deficit with HMRC in a letter sent in April 2018 and that, by its conduct, HMRC had accepted the claim. HMRC rejected this and issued a closure notice to the company in May 2018 and Shinelock appealed this in June.

HMRC’s position was that Shinelock had not provided the evidence that Ahmed had a contractual entitlement to the payment which, being in respect of his former shareholding in the company, was, therefore, a distribution.

HMRC stated that if that was not correct, while there was a loan relationship between Ahmed and Shinelock, and also between Shinelock and the bank, the payment was not a loss or expense within the scope of section 307 in relation to the loan relationship rules in Corporation Tax Act 2009.

HMRC also stated that the claim for relief had been made out of time according to section 460 of Corporation Tax Act 2009 as the claim needed to be made within two years of the end of the accounting period which Shinelock did not adhere to.

Shinelock’s original argument, at the time of HMRC’s enquiry into the company’s self assessment, was that the property was beneficially owned by Ahmed and not Shinelock so that any chargeable gain could only have been realised by Ahmed, who had not been in the UK at the relevant time.

During the hearing, Shinelock argued that he had been the beneficial owner of the property, but the payment was deductible and this fully offset the chargeable gain whether relief for the non-trading loan relationship deficit had been claimed. Shinelock argued that its letter sent to HMRC in April 2018 amounted to a late claim.

HMRC argued that it was not a ‘claim’ because it was contingent or provisional and such claims were not accepted by HMRC.

Section 307 sets out the general rule that the amounts to be brought into account as credits and debits for any period are those that are ‘recognised in determining the company’s profit or loss for the period in accordance with generally accepted accounting principles (GAAP)’.

HMRC argued that the payment did not fall within the scope of section 307 in relation to either loan relationship, however, if it did, it did not fairly represent the losses or expenses arising.

The First Tier Tribunal found that the letter that Shinelock referenced made clear that ‘Shinelock was asserting that the £305,000 was a non-trading loan relationship deficit and that it was available for offset against the chargeable gain on the disposal of the property’.

It also held that the letter included a simple computation to this effect, recording a substantial amount then being available to be carried forward to subsequent years.

There being no other legislative requirements in relation to such claims, the First Tier Tribunal found that the letter did amount to the making of a late claim. On the facts, it also found that the late claim had been accepted by HMRC because there was no rejection of the claim on the basis that it was made late.

The tribunal also found that the payment had not been recognised in the company’s accounts and failed the general rule of section 307.

It stated that while this finding was ‘sufficient to dismiss the appeal’, it also considered that it was stretching the facts to say that the payment was a debit which fairly represented any losses to Shinelock arising from the loans.

Ahmed’s evidence that he provided a variety of assistance to Shinelock was consistent with him being a shareholder in the company. Similarly, the tribunal did not accept that the arrangements could be said to be an expense incurred by Shinelock directly in bringing the loan relationship into existence. It was a consequence of the wider arrangement between the parties.

Accordingly, the tribunal dismissed the appeal and an appeal can be submitted within 56 days of the decision.

Paul Davies, senior tax writer, Croner-i, commented: ‘This decision by the First Tier Tribunal that a payment to a former shareholder was neither a distribution nor a loan relationship non-trading deficit covered a lot of ground. Issues ranged from a consideration of the definition of a distribution; the loan relationship rules in relation to whether, on the facts, a loss had been recognised in the accounts, and whether the amount recognised fairly represented the losses arising.

‘Finally, it also addressed whether a late claim for relief for a loan relationship non-trading deficit had been made (yes) and, if so, whether HMRC by their conduct had accepted the late claim (yes).’