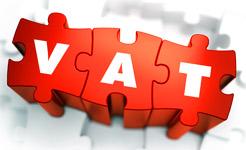 MPs and business groups are expressing increasing concern about the impact of Brexit on business cashflow, after it emerged that over 130,000 companies could face paying VAT upfront on goods imported from the EU when or if the UK leaves the customs union in March 2019

Trade arrangements post-Brexit are currently the subject of the second stage of negotiation between the UK and the EU, but yesterday the Commons had a second reading of the taxation (cross-trade) bill which aims to create a new customs tariff regime and make changes to VAT.

Under existing rules, no VAT is paid on goods imported from the EU until the products have been sold to the final customer and paid for. But unless the UK remains in the customs union – which will not be clear until much later in negotiations - goods from the EU will have to be treated like all other imports after Brexit and will attract VAT by the 15th day of the following month.

The bill states: ‘The bill will provide for amendment of existing VAT and excise legislation. It will provide for the EU concept of acquisition VAT (for business-to-business intra-EU movements) to be abolished so that import VAT is charged on all imports from outside the UK.’

In the section on export duty, the bill contains clause 41, which is intended to amend the Value Added Tax Act 1994 (VAT Act) to abolish the concept of ‘acquisition’ as a taxable event for goods entering the UK from EU member states. It states that when the UK leaves the EU, in the absence of a negotiated agreement, these goods will fall to be treated as imports and subject to import VAT.

Clause 41(3) substitutes a new section 15 in the VAT Act. It maintains the current treatment that import VAT is due at the same time and from the same person(s) who is/are liable for Customs duty (or would be if duty were due). It also ensures that the new section 15 does not affect the meaning of importer or importation in other legislation applied for import VAT purposes by section 16 of the VAT Act.

During the debate Labour MP Catherine McKinnell said that as a result of these proposals, some 130,000 UK firms face the possibility of paying VAT upfront for the first time on all goods imported from the EU, ‘with all the bureaucratic nightmares and cash-flow crises that that will create’.

McKinnell said a north-east international trade adviser had told her: ‘This will be a huge concern to all importers, but in particular to those who won’t yet know the consequences because they only currently import from the EU.

‘The issue of managing cashflow will become a major problem because businesses will have to pay out VAT, and then claim it back through their VAT return three or six months down the line.’

Nicky Morgan, chair of the Treasury committee, challenged financial secretary Mel Stride to outline the Treasury’s strategy to deal with this possibility, and said she would be writing to HMRC to press them on the issue, noting ‘as the reality of Brexit begins to bite, its implications on tax are yet to be fully explored.’

In response, Stride said: ‘We do not want over 100,000 businesses to be disadvantaged in cash terms in the way she describes, so this is certainly something that we will be looking at closely going forward. The bill itself does not prescribe any particular endpoint in this context. It will be for the government, after the passage of the bill, to decide exactly where we wish to end up.’

‘We see the current position, under the EU code—the customs code and the legislation in the European acquis—as a starting point to which we need to be reasonably aligned, even though we might diverge from it in the years ahead as a result of the negotiations, if that would be to the benefit of our country.

The Treasury committee has now released Morgan’s letter, in which she asks Jon Thompson, HMRC CEO, for clarification on the new VAT rules.

The letter requests an estimate of the costs to businesses, to consumers and to HMRC arising from the charging of import VAT on EU trade, without any unilateral or negotiated mitigations in place; a description of the options under consideration to mitigate these costs, in the absence of a negotiated outcome; an assessment of the risks to revenue collection associated with these measures; and an assessment of whether the measures would also have to be applied to non-EU imports in order to comply with WTO rules.

Morgan is also asking for a timeline illustrating when and how HMRC intends to notify businesses that stand to be affected by changes to the VAT regime of the actions they will need to take to comply with new obligations, taking into account the fact that the existence and scope of a negotiated outcome may not be known with certainty until the end of the year.

The British Retail Consortium (BRC) said it is concerned about the lack of a government assessment of the proposed VAT changes.

Helen Dickinson, BRC’s chief executive, said: ‘It's ridiculous to assume that it would be easy to bring forward the timings on such significant amounts of cash.

‘To plan ahead, retailers need to know what their liability on tax will be, and what measures are going to be taken to avoid this hit to cash flow with new costs on importing goods from Europe and higher potential pressure on prices for ordinary shoppers.’

At the time of the November Budget, the Treasury highlighted the benefit to businesses from postponing accounting for VAT when importing goods from the EU.

The Budget statement said: ‘The government recognises the importance of such arrangements to business, due to the cash-flow advantage they provide.

‘The government will take this into account when considering potential changes following EU exit and will look at options to mitigate any cash-flow impacts for businesses.’

Cross-border tax: are you ready for DAC 6?