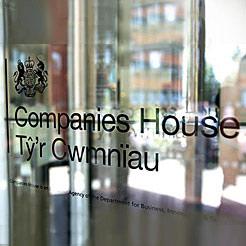 Companies House has rejected some micro-entity accounts on the basis that it believes they should state that they have been prepared in accordance with the small companies’ regime rather than the micro-entity regime, according to correspondence between experts and Companies House seen by CCH Daily.

Yesterday (29 August 2017) it emerged micro entities attempting to file filleted accounts under the FRS 105 Micro Entities Regime were having their accounts rejected.

It is an issue that has echoes of issues experienced by companies and accountants in October 2016, which saw those trying to file under FRS 102 rejected after changes to UK company law meant small companies no longer had the option to submit so-called abbreviated accounts for periods beginning on or after 1 January 2016. Small companies were still able to take advantage of some filing options under the new regime, but the change has led to some misunderstandings, and in some cases to rejection of company accounts filed with the Registrar of Companies.

FRS 105 was became effective for accounts filed on or after 1 January 2016 and superseded the FRSSE Financial Reporting Standard for Smaller Entities. It allows micro entities to file a lighter set of accounts usually no more than two or three pages long and comprising profit and loss account (which does not need to be filed), the balance sheet and a handful of notes which are required by law.

ICAEW technical manager Sarah Dunn published a guidance blog responding to the specific issue of the filing requirements for the audit report of an audited micro-entity.

In the blog, she notes that if the audited micro-entity ‘does not file its profit and loss account, then it is not required to file the audit report. The micro-entity is not then required to include a note to the balance sheet regarding the audit. Rather surprisingly, there is as a result no indication in the filed accounts that they were subject to audit’.

She added that alternatively, ‘if the audited micro-entity does choose to file its profit and loss account… then it is required to file the audit report, ie the filed accounts will be identical to the accounts prepared for the shareholders’.

Companies House confirmed to the ICAEW that this interpretation is correct and it is ‘now working to ensure that their examination policies are up to date’.

In the interim, the ICAEW is advising companies which have had their accounts rejected under that interpretation should resubmit them with a covering letter.

The ICAEW blog is available here.