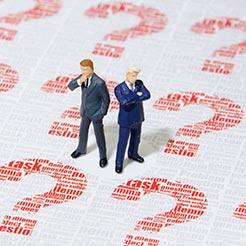 The Chartered Institute of Public Finance and Accountancy (CIPFA) has criticised the oversight of public sector audit, saying that since the abolition of the Audit Commission, quality has deteriorated

It is now calling for the formation of an independent regulatory body to oversee local audit and has set out its views in its response to the Redmond Review.

CIPFA outlined the need for local public audit to be fundamentally rethought, with a view to joining up what has become an overly fragmented structure in England.

The proposed regulatory body would bring together responsibilities for audit appointments, standards, enforcement and public reporting on the overall position for councils nationally.

Other improvements identified by CIPFA include the introduction of measures to ensure that auditor recommendations are properly followed up, and initiatives that make local authority financial reports more understandable to readers.

Rob Whiteman, CIPFA CEO, said: ‘There’s growing evidence that since the abolition of the Audit Commission, we are seeing market failure in audit.

‘The simple fact is that high quality audit cannot be achieved on the cheap.

‘Audit committees need to be provided with the necessary challenge and support in order to provide robust assurance to both organisations and local residents.’

The Redmond Review, led by former CIPFA president Sir Tony Redmond, is examining whether the public has lost faith in local authority auditors and whether existing audit arrangements for councils are fit for purpose.

The review will also look at whether there is an ‘expectation gap’ between what taxpayers believe an audit will deliver, and what it can in reality deliver.

The review is expected to report to the communities secretary with initial recommendations in December 2019, with a final report published March 2020.