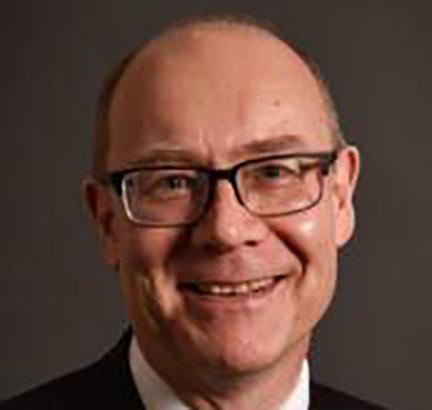 Glyn Fullelove has been appointed as a senior tax writer at multinational information services company Croner-i as the next phase in a more than thirty year career in tax and finance, Zak Jakubowski reports

Fullelove, who said he was ‘looking to do something different’ and has ‘always been interested in the technical side of tax’, started his new job on 1 July. He will be covering areas of corporation tax including financial instruments and derivatives, intangible assets, profit shifting and corporate tax avoidance for two and a half days a week – ‘the fairly complicated bits’, he added.

A Chartered Accountant (ACA) and a Chartered Tax Adviser (CTA), Fullelove qualified with a major firm and was later head of international taxation for a mid-tier firm.

Since 1998, he has mainly worked in-house, most recently heading the tax function at Informa PLC, a FTSE-100 company.

In May 2019 he became president of the Chartered Institute of Taxation (CIOT) for a one year term (now extended to eighteen months), following one year terms as vice –president and deputy president. ‘Being president involves chairing the Council (the governing body), chairing the Officers Group (effectively the operating board) and representing the Institute in a wide variety of circumstances’, said Fullelove.

Why did you join Croner-i?

Fullelove said: ‘I have always been interested in the technical side of tax, trying to write and create useful products, something that someone else can use to perform their jobs.

Croner-i is an information services company, specialising in tax and accounting, human resources, health and safety, to help companies and accountancy firms comply with the law.

He added: ‘I have written accounting and tax manuals for large corporates and I have always enjoyed that part of the role. Joining Croner-i allows me to something similar every week.’

What is your biggest achievement?

‘When I look back I think the thing that gives me the most satisfaction is building teams within both the profession and commerce which were able to effectively serve clients and companies and helping them to manage their tax affairs appropriately.

‘In two or three of my roles in industry I was either building a team from scratch, or I took on a team where there was a measure of difficulty in performance. This could be due to a complex management structure or a misunderstanding of tax risk. My role was to create efficient and effective tax teams, ensuring that the business complied with all tax requirements and that the wider management of tax affairs was conducted within an appropriate risk framework’

How do you see the tax regime changing in the future?

‘What the Coronavirus support packages have demonstrated is that there are fundamental flaws in how we tax work.

‘You can have three people in the same company doing almost identical jobs. The first is employed, they can have someone sitting next to them who is self employed and a third who is engaged on a short term contract through their own personal services company (PSC). These three will be taxed in three different ways, whilst essentially doing the same thing.

‘If those three people are not working at the moment, it is likely that the employed person is on furlough and their employer is receiving 80% of their pay from the government. The self-employed person, as long as they have been self employed long enough, will be eligible for the Self-employed Income Support Scheme.

The third person will probably not be receiving any support. They cannot furlough themselves if they still do some work for their company, and they are not covered by the self employed scheme.

‘So the support schemes highlight that we have got this very strange system where you have three people doing the same job but taxed in different ways, and when it comes to a crisis, one doesn’t have any government support at all.

‘We need to eliminate these anomalies and reform the system so that people doing the same work are broadly being taxed in the same way.’

‘The crisis has brought a greater focus on digital taxation and the taxation of the digital economy.

‘We have all spent a lot more time in front of our screens and many of us have bought more online. A small number of online companies have a very significant influence over our lives.

However, many “digital giants” appear to have a lower tax burden than traditional “bricks and mortar companies. This combination of great influence but a low tax contribution does not feel right to many people.

‘As a result, many individual jurisdictions are bringing in their own digital services taxes to try and tax value created in their territories for these large digital multi-nationals by their citizens.

‘They are essentially “proxy” taxes because they are generally based on revenues rather than on profits. Taxing revenues is a little big rough and ready; it’s a recipe for under taxing some companies with high profit margins and over taxing those with low margins. This is not a great taxing approach.

‘We have to hope these unilateral tax measures are temporary, pending an agreed global solution. The OECD is trying to negotiate a multilateral solution, and these negotiations are now taking place virtually, which can’t be that easy’.

Fullelove explained: ‘There are some new navigate tax models coming online for taxation of intangibles for large corporates and taxation of financial instruments – these are the first things readers can expect from me.

‘I am hoping to be able to be update the commentary around the digital economy once the OECD has negotiated a solution.

‘Also the OECD is working on a global minimum tax proposal (referred to a “Pillar Two” of their work). The aim of this is to ensure all corporates pay a minimum level of tax somewhere on all of their profits.

‘I do also expect there to be some UK tax rises and reforms post-Covid, In my area we might see a tightening up of interest deductibility rules, and possibly taxation of flows of money to foreign investors - dividends to foreign shareholders are currently exempt from UK tax.

Fullelove will be doubling up the senior tax writing role alongside being CIOT president until November, the CIOT having decided due to Covid-19 to extend his role by six months. This is to allow the re-shaping of the presidential program for his successor.