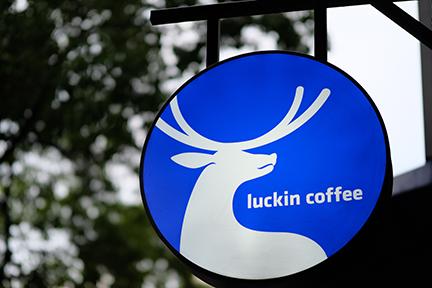 Luckin Coffee, China’s homegrown rival to Starbucks, is to pay a $180m (£132m) penalty to settle charges of accounting fraud brought by the Securities and Exchange Commission (SEC)

The company, founded in 2017, was one of the few Chinese companies listed on the US NASDAQ exchange until it de-listed in July this year following the admission of a series of financial scandals.

The US regulator said its investigation found Luckin had defrauded investors by materially misstating the company’s revenue, expenses, and net operating loss in an effort to falsely appear to achieve rapid growth and increased profitability and to meet the company’s earnings estimates.

The SEC alleged that, from at least April 2019 to January 2020, Luckin intentionally fabricated more than $300m in retail sales by using related parties to create false sales transactions through three separate purchasing schemes.

According to the regulator, certain Luckin employees attempted to conceal the fraud by inflating the company’s expenses by more than $190m, creating a fake operations database, and altering accounting and bank records to reflect the false sales.

During the period of the fraud, the SEC alleged Luckin raised more than $86m from debt and equity investors.

After Luckin’s misconduct was discovered in the course of the annual external audit of the company’s financial statements, Luckin reported the matter to and cooperated with SEC staff, initiated an internal investigation, terminated certain personnel, and added internal accounting controls.

Stephanie Avakian, director of the SEC’s division of enforcement, said: ‘Public issuers who access our markets, regardless of where they are located, must not provide false or misleading information to investors.

‘While there are challenges in our ability to effectively hold foreign issuers and their officers and directors accountable to the same extent as US issuers and persons, we will continue to use all our available resources to protect investors when foreign issuers violate the federal securities laws.’

Without admitting or denying the allegations, Luckin has agreed to a settlement, subject to court approval, that includes permanent injunctions and the payment of a $180m penalty.

This payment may be offset by certain payments Luckin makes to its security holders in connection with its provisional liquidation proceeding in the Cayman Islands. The transfer of funds to the security holders will be subject to approval by Chinese authorities.

Dr. Jinyi Guo, chairman and CEO of Luckin Coffee, said: ‘This settlement with the SEC reflects our cooperation and remediation efforts, and enables the company to continue with the execution of its business strategy.

‘The company’s board of directors and management are committed to a system of strong internal financial controls, and adhering to best practices for compliance and corporate governance.’