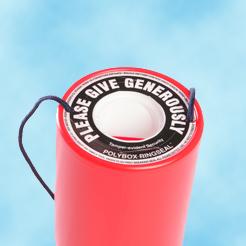 The Charity Commission has published updated finance guidance for trustees, designed to streamline and clarify its advice ahead of a full review of the guidance later this year

The regulator says the current social and economic climate is posing particular challenges, and charity trustees must engage with and use its finance guidance if they are to run their charities effectively.

It has updated three publications. The first covers managing financial difficulties and recommends that trustees review the charity’s financial position and its performance against budgets and future projections at least once a month, but says the extent of the review will vary according to the size and stability of the charity.

Where their charity has to close, the Commission says it expects trustees to have planned for an orderly shutdown. The guidance covers what is meant by insolvency, and what steps trustees should take if they believe they are insolvent, including getting good professional advice.

The second guide covers reserves, and confirms that there is no single level or even a range of reserves that is right for all charities. However trustees should not simply monitor their level of reserves annually, but keep them under review throughout the year.

The third update relates to the Commission’s  ‘15 questions trustees should ask’ guide for trustee meetings.

Sarah Atkinson, director of policy and communications at the Charity Commission said: ‘We recognise that charities operate in a very challenging environment, with some charities heavily reliant on single sources of funding. So it is all the more important that trustees are in control of their charity’s finances.

‘These guidance updates are designed to help trustees make the right call and support them, not to overburden them. That’s why there are also guides on how to set a good reserves policy for small and large charities. As regulator there is a limit on how much we can do as these are individual decisions for trustees to make. But these tools will help them manage any difficulties properly and with confidence.’

15 questions trustees should ask is here

Charity Commission bars trustees over failure to account for £90k