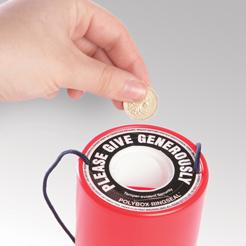 A Charity Commission inquiry into Masoom, a charity which operated in areas including Syria and Pakistan, has found evidence of poor financial management and governance and misconduct by trustees in relation to sending funds overseas

The charity, set up in 2008, is based in Waltham Forest and was proactively identified for a visit by the commission due to its operation in high risk areas. This visit resulted in an inquiry being opened in July 2015 due to lack of evidence of overseas expenditure and due diligence on those the charity employed or worked with.

The commission established that for the period 7 January 2013 to 6 February 2015 the trustees expended a total of £129,465 in occupied Palestinian territories, Pakistan, Syria and Tanzania in support of humanitarian aid projects.

However, the commission said the accounting records kept by the charity were incomplete and inadequate and found that the trustees were unable to produce sufficient evidence to show, and account for, the proper application of the funds in these areas.

In August 2015 the commission issued an order to the charity’s trustees to improve the charity’s financial management and complete other actions, and the inquiry remained open to monitor the trustees’ compliance with the order.

The commission’s review showed that between 15 April 2013 to 8 October 2014, the trustees transferred over £53,000 to the personal bank account of two individuals acting as the charity’s agents inside Syria. The trustees stated that they had no evidence in any form in support of how these funds were expended in furtherance of the charity’s purposes in Syria by the agents.

A subsequent review in May 2016 found that the trustees were unable to demonstrate the ultimate charitable application of funds expended by the charity’s agents. As a result, in September 2016 the commission used its powers to direct the trustees not to employ or use those agents to hold or transfer funds on behalf of the charity.

In its review, the commission reported the trustees recovered sufficient evidence to account for the charity’s expenditure (£75,650.) in the areas of Palestine, Pakistan and Tanzania, but records in relation to the charity’s activities in Syria were insufficient to demonstrate the proper charitable application of £53,815 paid to agents.

The commission has now closed the inquiry closed following the latest report which concluded that there was evidence of poor financial management and governance in the charity. There was also evidence of misconduct and/or mismanagement in the charity’s administration by the trustees.

The commission says it will revisit the charity again to ensure that the trustees are complying with their legal duties and responsibilities under charity law and are implementing the processes and procedures which have been put in place as a result of the commission’s original order issued in August 2015.