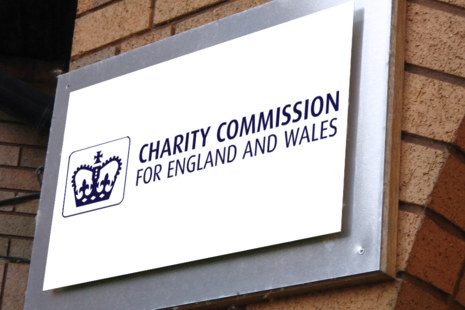 Charities reported almost £8.6m of lost funds in the last financial year due to fraud, according to Charity Commission figures

The latest data from Action Fraud also shows that there were 1,059 incidents of fraud reported by charities between April 2020 to March 2021 although the Charity Commission states that the true scale of fraud against charities is believed to be much higher.

The figures show that around 65% of charities feel like the pandemic has increased their risk of fraud with many charities expressing concern that the risk has increased as a result of more remote working and virtual sign-off processes.

The most common types of external fraud that have been reported by charities the most over the recent few years have been unauthorised fundraising and credit card scams which usually consist of large donations that come with complex terms and conditions from the donor.

The two most frequent internal frauds that charities face are misuse of charity money and false expenses claims.

The Charity Commission is highlighting these figures as part of Charity Fraud Awareness Week.

The Commission, alongside the Fraud Advisory Panel, is urging all charity trustees to sign up to a new Stop Fraud Pledge, which commits charities to take six practical actions to reduce the chances of falling victim to fraud.

The pledge also includes measures such as appointing a suitable person to counter fraud across the organisation, performing stringent checks and due diligence, and assessing each year how well fraud controls are working, what new risks there may be, and what improvements are needed.

Helen Stephenson CBE, chief executive of the Charity Commission, said: ‘Charity is special, it delivers good to so many people’s lives and helps strengthen our society. When the public donate generously to charities it is because they want to make a real and positive difference to a cause they often care deeply about, and they want to know their money will reach the front line.

‘Sadly, as these figures show, there remain criminal individuals who would take advantage of organisations that seek to do good and of those that generously donate.’

Last year, the Charity Commission reported that £3.5m was lost to fraud in the first six months of the pandemic, it also revealed that it received 645 reports of fraud and cybercrime between March and September. Throughout 2018-19 the level of money lost to fraud reported by charities was around £7.8m.

David Clarke, chair of the Fraud Advisory Panel, said: ‘With fraud and cybercrime at record levels it has never been more important for charities to be aware of the risks and how they might be affected.

‘As we emerge from the pandemic, charities need to recover and flourish without fear of fraud. Taking relatively simple measures can go a long way to protecting your charity and keeping it safe from harm.

‘It is concerning that a small minority of charities still do not financially invest in fraud prevention activities. This shows that there is still more to be done. We encourage charities to sign up to the pledge to help protect themselves and minimise the risks.’

‘Croner-i Navigate provides guidance, commentary and tools for accountants and auditors of charities. See our Money Laundering Quick Link, Anti-Money Laundering Guide and Charities Quick Link for a selection of these resources.’

Fraud cases in court double in the last year

13 year ban for boss who lost £24m from client pensions