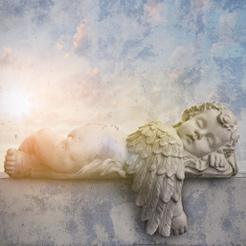 The amount of inheritance tax (IHT) saved by leaving money to charity has hit a record £880m, as donors look to reduce their tax bills and donate to good causes on their death

Changes to tax laws have also seen a hike in donations in wills as donations attract tax relief and can even offset a percentage of the final estate’s tax bill.

UHY claims that the change in attitude is a result of longer life expectancy, saying that the changing attitude is because individuals feel more comfortable leaving money in their wills to charities, as their children already have substantial savings by the time of the death of their parents.

Roy Maugham, tax partner at UHY Hacker Young, said: ‘With many principal heirs of an age where they often will have already achieved a reasonable level of financial security, many elderly parents may not feel as obliged to leave them everything in their estate.

‘Many more individuals are putting charities as beneficiaries in their wills, in the knowledge the amount will obtain relief from IHT, and if it is equal to or exceeds 10% of the total estate the rate of tax on the rest of the estate will be reduced by a factor of 10%.’

Increased IHT relief may also be in part due to an additional second tier discount rate introduced by the government for deaths after 5 April 2012.

Under these rules, the rate of IHT applied on the entire value of the estate reduces from 40% to 36%, if the charitable legacy is equal to or worth more than 10% of the estate.

The rise in charitable donations does bring some risks. UHY Hacker Young warns that as the size of estates and bequests to charities increase, the potential for legal disputes will rise.

The recent Supreme Court case of Illot vs Mitson [[2017] UKSC 17] illustrates this as it involved an estranged daughter who challenged her deceased mother’s will, which left her estate to animal charities and disinherited the daughter.

UHY Hacker Young points out that as property and share prices increase, more estates are being caught in the IHT net, further incentivising leaving charity bequests. The current threshold of £325,000 has remained in place since 6 April 2009.

The nil-rate band introduced in April 2017 will see estates progressively reach a £1m IHT allowance, for married couples and partnerships only, and covering only the principal residence. The proceeds need to be passed to direct descendants to benefit from the higher tax allowance.

The latest Conservative manifesto plans for a floor on social care costs could see a massive decline in inheritance tax take as only the largest estates would be likely to exceed any capped limit if care costs become an issue for families.