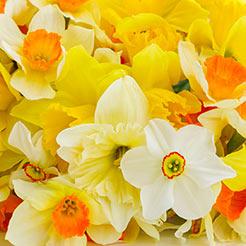 There is general agreement that the Chancellor’s first spring statement, scheduled for Tuesday 13 March, is unlikely to contain any new policy measures, but looks to set to announce a raft of consultations and an update on the latest official economic and fiscal forecasts

Carl Emmerson, deputy director of the Institute for Fiscal Studies, said borrowing this year should come in at least £10bn below the forecast from last March, but predicted Philip Hammond would not be announcing an end to austerity.

‘This year we should get close to the first current budget surplus, ie, borrowing just for investment, since 2001–02. Overall borrowing at or below £41bn would be the magic number to achieve this.

‘But borrowing over this period will still be much higher than was forecast two years ago when Mr Osborne was forecasting, and committed to delivering, a budget surplus in 2019–20,’ he said.

Eric Williams, head of tax at Mazars is predicting ‘plenty of detail on taxes in the fine print’, with expectation of consultations in areas including taxation of royalty payments in respect of intellectual property, the government’s direction on the digital economy and where digital businesses should be taxed, and the review of the intangible assets regime.

There are also hopes for an update on post-Taylor review reforms of tax on workers operating in the gig economy and more news on plans to expand the Making Tax Digital requirements beyond VAT reporting.

In addition, Mazars pointed out a number of issues around land and property taxes needed addressing. The consultation on bringing non-UK resident owners of UK immovable property within the scope of UK corporation tax announced an anti-forestalling rule. This concerns the use of ‘treaty shopping’ to avoid exposure to the imposition of capital gains tax to this sector from April 2019. The anti-forestalling applies from 22 November 2017, yet there is currently no draft legislation for this measure.

Stella Amiss, head of tax policy at PwC, said: ‘The Chancellor appears to be steadfast about not announcing any major tax changes on 13 March. This is good to see, from a legislative and practical point of view, it makes sense to have one major fiscal event a year, allowing a decent amount of time to consult and appropriately shape any measures that will be announced at the Autumn Budget.’

However, Amiss signalled the government could run into timetabling problems with any digital tax measures, as the European Commission and the OECD’s proposals are due to be formally published in the coming weeks.

‘Any unilateral move ahead of the ongoing international efforts to agree a collaborative and joined approach could send a negative signal to businesses which will be looking for clear direction of travel on policy, open and thorough consultation, appropriately targeted measures and full cooperation with the international community,’ she said.