Carillion audit probe unlikely before summer due to complexity 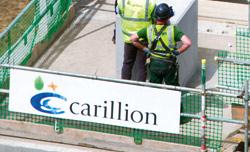 The original expectation was that the investigation findings would be released this month, but the audit regulator has now confirmed that it will not report back until later this summer.

Carillion collapsed in 2018, days after the government refused to give it a further £10m bailout. The listed company, which handled the majority of public sector outsourced construction contracts, went into liquidation on 15 January 2018 as last ditch talks to rescue the company failed when banks refused to extend further credit lines to the huge construction company.

Despite the apparent delay, an FRC spokesperson told Accountancy Daily that the outcome of the investigation had not been delayed, but rather the audit regulator was taking the time required for such a complex case.

‘We have issued the update because the second anniversary of the liquidation of Carillion happens next week and to deal with an expectation among some people that we might conclude the work by the end of the month. But we haven’t delayed the release but rather provided a reasonable estimate of how much work still remains to be done,’ he said.

The current FRC investigation is wide ranging and has several threads.

The regulator is reviewing the role of Big Four firm KPMG over the audit of the financial statements of Carillion plc, for the years ended 31 December 2013, 2014, 2015 and 2016, and additional audit work carried out during 2017. Two former group finance directors at Carillion, Richard Adam and Zafar Khan, who are ICAEW members, are also under investigation.

In a statement the FRC said: ‘The scale and complexity of this case is exceptional, with a huge volume of documents and information that has had to be reviewed and analysed.

‘The investigation encompasses a four-year period, and numerous significant audit areas, including the accounting for construction and services contracts, pensions liabilities, goodwill and going concern.

‘All of the accounting years and each of the audit areas identified remain under active consideration.’

The FRC confirmed that an extensive review of a substantial volume of material, including the audit work papers, documents produced by Carillion and third parties, eg, internal auditors and external advisers, and emails and other correspondence, has been undertaken. A series of detailed interviews with relevant parties has also been conducted.

An independent expert is now considering the FRC analysis in order to provide an expert opinion on whether there were breaches of auditing standards. It is also taking advice from external Counsel is cooperating with other regulators pursuing parallel investigations.

The FRC investigation is one of five probes into the collapse of the outsourcer including the Official Receiver, the Financial Conduct Authority (FCA), the Insolvency Service and The Pensions Regulator (TPR).

The FRC now expects to complete the first stage of its investigation by summer 2020, rather than by January 2020.

As part of the wide-ranging investigation, the conduct of Richard Adam and Zafar Khan, former group finance directors of Carillion and members of the ICAEW, is also being examined in connection with the preparation of Carillion’s financial statements during the same period.

There is an additional investigation into KPMG in connection with the FRC’s Audit Quality Review into aspects of the audit of Carillion for the year end 2016. These investigations have also impacted on the audit investigations and their progress.

Under normal operating practice, the FRC aims to complete the first stage of any enforcement process within two years of the commencement of the investigation. Contested cases are ultimately resolved by an independent Tribunal following a public hearing.