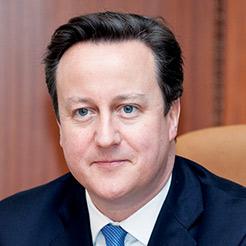 Former prime minister David Cameron collected a ministerial pay-off of around £17,000 when he left Downing Street following his EU referendum defeat, and is in line to receive £115,000 a year to pay for staff and office costs as long as he remains in public life

Cameron was given a lump sum redundancy payment of three months’ salary, which is likely to be tax-free. Estimates suggest this will come to £17,125, one quarter of the £68,500 he received for being prime minister as of April 2016.He was also paid £74,962 to be an MP, although he has announced he will be standing down shortly.

Cameron could have also claimed a full non-contributory prime ministerial pension which would have paid him £80,000 a year immediately upon leaving office.

However, he waived this entitlement to claim a package similar to that of other ministers, and will get a ministerial pension when he reaches 65.

In common with all MPs who leave the Commons, Cameron can also claim £40,000 in relocation allowance expenses, to pay for removals and staff costs as he winds down his Parliamentary office.

Cameron announced that he would step down as an MP on 11 September, triggering a by-election for his Witney constituency.

The £115,000 annual public duties costs allowance launched in 1991, is available to all former prime ministers and was claimed by Tony Blair, Gordon Brown and John Major.