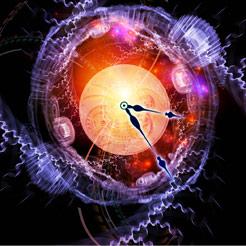 The loan charge all-party parliamentary group has written to Mel Stride, financial secretary to the Treasury, calling for him to suspend the loan charge for six months after a debate was abandoned yesterday following flooding in the House of Commons

The group is calling for an urgent delay as the loan charge comes into force from today, 5 April 2019.

A debate to discuss the suspension of the loan charge was scheduled for 4 April but had to be abandoned before a conclusion was reached after water started to fill the Commons chamber from the roof.

The loan charge APPG has now written to Mel Stride. The letter states: ‘We are writing an urgent letter to you, following the debate on the loan charge, due to the unfortunate suspension of the House of Commons which prevented the debate being clocluded and hearing from you, as the responsible Minister.’

The group is calling for a six-month suspension to the charge to allow for an independent review to be carried out.

The group said: ‘With the huge anxiety thousands of people are facing, we believe that a pause and a review is vital and the right and responsible thing to do.

‘You cannot deny any longer the huge weight of concern amongst MPs, including many in your own party: it was clear today that the loan charge in its current form is not supported by a majority of MPs.

‘We urge you to do the right things and announce an immediate suspension of the loan charge.’

From 5 April 2019, all outstanding loans from disguised remuneration schemes will become subject to an income tax and national insurance contributions (NICs) charge under Income Tax (Earnings and Pensions) Act 2003 ITEPA 2003, Pt 7A. The loan charge is an anti-avoidance measure which targets the payment of remuneration in a form (in this case, as a loan) that avoids tax and NIC.

The new loan charge was introduced by Finance (No. 2) Act 2017 on all disguised remuneration loans, eg, loans made via company employee benefit trusts (EBTs) or EBT sub-trusts, or similar via employer-financed retirement benefits scheme (EFRBS) made on or after 6 April 1999 and still outstanding at 5 April 2019.

Where the loan charge applies, the outstanding loan crystallises at that date and the crystallised amount is liable to tax under PAYE and also Class 1 (employer and employee) NICs.