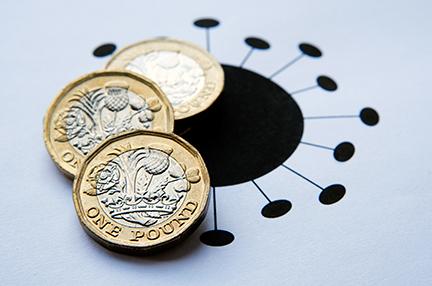 The National Audit Office (NAO) is calling on the Treasury to launch a coordinated effort to safeguard access to cash, as Covid-19 has accelerated the move to online transactions, and there is a risk that vulnerable people who rely on paying money will be excluded

The audit watchdog says ten years ago, cash was used in six out of 10 transactions but by 2019 this had fallen to less than three in 10 transactions.

The outbreak of Covid-19 may have accelerated this trend, as data suggests that market demand for notes and coins declined by 71% between early March and mid-April during the lockdown, although demand has since been recovering.

The decline in the use of cash in transactions is putting pressure on the cash system. Commercial operators who distribute cash rely on high demand to maintain the attractiveness of their business models, and cover large fixed costs, such as bank branches and ATMs.

Published research shows that older people and those on a low income are more likely to make cash transactions, and the NAO warns there is a risk they will find it harder to access cash in the future.

In March 2020 the government announced that it would be bringing forward legislation to protect access to cash and address the sustainability of the cash infrastructure.

However, the NAO said it cannot currently see a clear link between the government’s aim to safeguard the consumer’s ability to use cash, and the responsibilities of the five public bodies in the cash system.

No single body has responsibility for reporting on the performance of the system in meeting the government’s aim.

In May 2019, the Treasury established the Joint Authorities Cash Strategy Group (JACS) to coordinate work to support nationwide access to cash. Although the group has improved joint working towards government’s aims, JACS does not oversee the cash system and has no decision-making power.

Changes in cash use are having an impact on the production of coins, which has fallen by 65% in the last decade.

When the Royal Mint replaced the old £1 coin in 2017, the public returned large volumes of all coin denominations. As a result, the Royal Mint’s stocks exceeded targets in all denominations, and it has no plans to produce new 2p or £2 coins for at least ten years.

Despite fewer people using cash for transactions, the demand for notes has continued to increase. In 2020, the number of notes in circulation reached a record high of 4.4bn, with a value of £76.5bn.

In 2018, the Bank of England estimated that only 20%–24% of the value of notes in circulation were being used or held for cash transactions, with UK households holding a further 5% as savings.

Little is known about the remainder, worth approximately £50bn, but possible explanations include holdings overseas for transactions or savings and possibly holdings in the UK of unreported domestic savings, or for use in the shadow economy.

The NAO said the Bank and other government bodies have little reliable information to quantify how much is likely to be held where.

At March 2020 the Bank’s contingency holding of notes (£39bn) significantly exceeded its minimum guidance level (£20.5bn), which was partly affected by the launch of the new £20 note.

The NAO said it was not clear what process the Bank operated to determine adequate stock levels, and how the cost implications of building stock levels were taken into account.

It identified a £143m public sector cost of producing and issuing notes and coins in 2019-20.

The NAO recommends that the Treasury should set out more clearly the specific outcomes it wants the cash system to deliver for consumers and small businesses, and how this should be balanced against costs. To drive efficiency, the Mint and the Bank should maximise opportunities to learn from each other’s experiences of cash production and align production capacity closely to future needs.

Gareth Davies, head of the NAO, said: ‘As society progresses towards the wide use of digital payments, the use of cash in transactions is dwindling.

'It may become harder for people to access cash when they need it and those without the means to pay digitally will struggle if cash is not accepted.

‘HM Treasury now works more closely with the public bodies in the cash system to achieve the government’s goal of safeguarding access to cash. However, the approach is fragmented, and it is not clear that the action being taken will keep up with the pace of change.’

NAO report: The production and distribution of cash