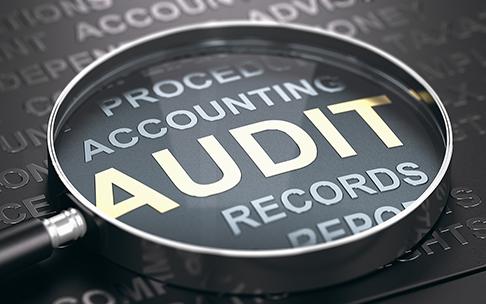 An independent inquiry into public sector auditing has recommended a shake-up of the sector, with a new regulatory body to oversee local authority audit and the introduction of a standardised statement of services and costs

Sir Tony Redmond’s review into the effectiveness of external audit and transparency of financial reporting in local authorities was set up last June and has now published its final report.

Redmond stated: ‘The current fee structure does not enable auditors to fulfil the role in an entirely satisfactory way.

‘With 40% of audits failing to meet the required deadline for report in 2018/19, this signals a serious weakness in the ability of auditors to comply with their contractual obligations.

‘In addition, the ambition of attracting new audit firms to the local authority market has not been realised. Without prompt action to implement my recommendations, there is a significant risk that the firms currently holding local audit contracts will withdraw from the market.’

In particular, his report noted the absence of a body to coordinate all stages of the audit process.

It would take over the current roles and responsibilities relating to local audit discharged by the Public Sector Audit Appointments (PSAA); ICAEW; the Financial Reporting Council and its successor body; and the comptroller and auditor general.

To improve the transparency of financial reporting, each authority would be required to prepare a standardised statement of service information and costs, compared with the budget agreed to support the council tax/precept/levy and presented alongside the statutory accounts. The standardised statement should be subject to external audit.

OLAR would be required to liaise with the FRC with regard to its role in setting auditing standards. The engagement of audit firms to perform the local audit role would be accompanied by a new price/quality regime to ensure that audits were performed by auditors who possessed the skills, expertise and experience necessary to fulfil the audit of local authorities.

These auditors would be held accountable for performance by the new regulator, underpinned by the updated code of local audit practice. A further recommendation is to formalise the engagement between local audit and inspectorates to share findings which might have relevance to the bodies concerned.

Redmond said a number of respondents had suggested that the current fee structure does not enable auditors to fulfil the role ‘in an entirely satisfactory way’, so an increase in fees was needed.

The report also recommends the current deadline for publishing audited local authority accounts be revisited with a view to extending it to 30 September from 31 July each year.

Redmond said: ‘It will be possible to achieve part, but only part, of what needs to be done without legislation.

‘However, it is important to emphasise that to fully achieve the vision set out in the review, primary legislation will be essential.’

Robert Jenrick, secretary of state for local government, said: ‘I will consider the findings and recommendations carefully and remain committed to strengthening the local audit system so that it works more effectively for taxpayers and councils.’

CIPFA is to launch a consultation on enhanced financial reporting requirements for local government, seeking views on how best to implement Redmond’s proposal for an additional financial performance report.

Rob Whiteman, CIPFA CEO, said: ‘The creation of a new audit body would join up an overly fragmented structure for local audit in England and ensure a sustainable future for local public audit that is presently at risk.

‘While the report’s main focus is on system architecture and frameworks it also identifies the importance of enhancing high calibre skills for auditors and council finance departments.

‘To support this, I can also announce that CIPFA is developing a new top-up qualification for professionals in public sector audit, as well as new continuous professional development training for new and existing council finance directors.’

A spokesperson for Grant Thornton UK  said: ‘Reinforcing transparency and accountability at the heart of public finances is critical in protecting the interests of citizens who both fund and rely on the services delivered by local authorities and we are pleased that the review recognises the important roles in the reform programme that authorities, regulators and other stakeholders will need to play, in addition to the actions of audit firms.

‘In particular, Sir Tony’s recommendation of introducing an OLAR will go some way in simplifying and re-energising this vital public function at a time when local finances and governance are in need of effective oversight.’

Janet Dawson, EY’s UK government and public services assurance leader also welcomed the introduction of OLAR and the changes to the reporting timetable.

Dawson said: ‘Local authority audit reform must be accompanied by a system-wide strengthening of public sector governance and accountability, and improvements to the quality of reporting.

‘Each part of the local authority finance ecosystem is inter-linked and we need all stakeholders to work together for the reforms be truly effective over the long-term.

‘It is also vital that local authority audit reform continues to progress in conjunction with the various ongoing reviews into audit more broadly, in order to avoid the emergence of a two-tier approach to accounting and audit standards for local authorities and corporates.’