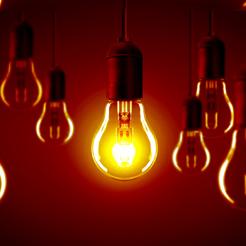 The tax regime should be overhauled in order to encourage investment in companies and risk taking and reduce the tax incentives for self-employment, according to a study by the Institute for Fiscal Studies (IFS)

A report by IFS researchers, funded by the Nuffield Foundation, argues that the parts of the UK tax system that dictate how different forms of income are taxed are not fit for purpose.

The research says that for a job generating £40,000, tax in 2020–21 is £3,300 higher if the job is completed through an employment contract rather than by someone who is self-employed, and £4,300 higher than if they work through their own company, mostly because employees’ salaries are subject to employers’ National Insurance contributions whereas other incomes are not.

In addition, the IFS said preferential tax rates on capital gains, dividends and self-employment income are not well targeted at encouraging entrepreneurial risk-taking and investment, arguing that ‘the biggest giveaways go to those who make big profits without investing much money’.

In contrast, the think tank said those who make substantial investments in a business for a modest return or who risk making a loss are penalised by the tax system.

However, the IFS cautions against simply raising taxes on income from business without reform of the tax system, saying such a move risks creating more inequity and stifling the economic growth.

Instead, the report argues for a reformed tax base where tax rates could be aligned across all forms of income while investment incentives would be improved.

The IFS acknowledges that moving straight to the long-run solution would be a big reform creating a lot of winners and losers, and might be hard to achieve in the short run.

The report therefore illustrates a range of smaller reform packages which would improve and would be steps on the way to a better system.

Another proposal is to increase the tax rates on self-employment income, but allowing self-employed people who make a loss and have no other income that year to deduct the loss from income from their next job or business venture. This would align tax rates more closely while reducing disincentives for risky entrepreneurial activity.

The IFS also suggested tax rates on dividends and capital gains could be increased but indexation of capital gains for inflation reintroduced, so that only above-inflation gains were taxed. This would both reduce avoidance incentives and reduce disincentives to save and invest.

Helen Miller, a deputy director at IFS and an author of the report, said: ‘Better-designed taxes allow us to raise more revenue with less economic harm. This should be even more important in the wake of the Covid-19 crisis.

‘Policymakers could choose reforms that would reduce disincentives for businesses to invest, employ people and take risks, all of which would aid the recovery and help us to “build back better”.

‘The government has struggled to get support to some of the self-employed during this crisis. But that doesn’t mean we should permanently keep across-the-board preferential tax rates for business owner-managers.

‘If there is concern about low-paid workers, we should reduce taxes for employees and the self-employed equally, not levy higher taxes on employment that push it out of the reach of many.’

Taxing work and investment across legal forms: pathways to well-designed taxes is here