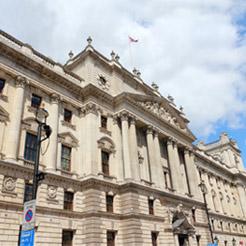 The Treasury needs to ensure it implements a clear and consistent policy for the repayment or recovery of business bounce back loans (BBLs), or risk losing out on some £6bn, the Credit Services Association (CSA) is warning

The body, which represents the UK debt collection and debt purchase sectors, is calling on the government to invest in a dedicated ‘BBL engagement scheme’ to advise SMEs who have taken out the loans on the repayment process.

It also says the government should provide a warranty against fraud in the event that a debt is sold on at some future date.

The CSA says an engagement scheme would cost around £10m in annual investment over the next three years, but could yield between £3bn and £6bn in additional returns to the Exchequer.

It advises the government to use established, professional collections agencies to follow up on loan defaults and repayments, rather than attempting to ‘re-invent the wheel’.

This is partly because BBLs are structured in such a way that the normal charges and interest that would cover the cost of defaults, including collection costs do not apply, while the CSA says the preferential loan rate of 2.5% is unlikely to cover the cost of collection, especially given the expected scale of BBL delinquency. That creates a number of potential practical problems for lenders seeking to make collections.

The CSA argues there must be a consistency of standards in pursuing outstanding accounts, given that many SMEs will be self employed individuals who may well be experiencing wider personal financial problems.

The report states: ‘An approach that works with a borrower and is sensitive to their individual circumstances inevitably yields better returns. This will be important for the taxpayer and reflects the highly unusual situation which the BBL scheme was designed to ameliorate.’

Chris Leslie, CSA chief executive and co-author of the report, pointed to some estimates which suggest between 35% and 60% of BBLs may not be repaid in full.

‘When such vast sums of taxpayer money have been lent to business in the expectation it will eventually be repaid, ministers have a responsibility to pursue an effective - as well as a sensitive - approach to recovering that debt.

‘Engaging in dialogue with and understanding the circumstances of those SMEs who have taken out BBLs will take particular skills.

‘If the Treasury adopts the approach we recommend, not only can it tailor forbearance according to need, it can recoup perhaps £6bn more than it might do otherwise - saving the equivalent of the annual NHS hospital building budget for the taxpayer, ‘Leslie said.

At the end of last year, a Public Accounts Committee inquiry concluded UK taxpayers could face a bill of up to £26bn to cover potential losses from the loans issued under the scheme, which it said was rushed out too quickly and with insufficient checks.

Its report pointed out that the Treasury had yet to agree the process and protocols that lenders are expected to follow in recovering overdue loans, although there were  plans to complete the work in relation to the loan recovery process by winter 2020–21, in advance of the first repayments which are due in May 2021.

Setting the strategy for UK business ‘bounce back’ loans collections