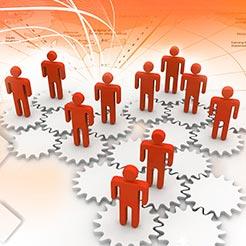 As the long-awaited detail on the apprenticeship levy is set to be revealed, business groups suggest the move could herald significant improvements in talent development if the government ‘gets the package right’

The levy is set to be introduced in April 2017 and will require employers with wage bills of more than £3m to pay 0.5% of their bill toward the provision of apprenticeships at SMEs.

A poll conducted by London Chamber of Commerce and Industry (LCCI) found more than a third of London business decision makers would like to be able to use funds from the government's new apprenticeship levy on alternative streams of training.

Around 36% of businesses thought they should be able to spend funding from the levy on existing in-house training that is not an apprenticeship; 38% wanted to be able to transfer credit to smaller companies within their supply chain to spend on apprenticeships or training and 35% would like the option of using it to fund external training.

Similarly, the Federation of Small Businesses (FSB) called on the government to provide a more generous small employer incentive than is currently being proposed.

National Chairman at the FSB Mike Cherry said: ‘Ministers need to focus on three main areas: more targeted and localised information for businesses with high growth potential, specific and practical guidance on how a smaller company can take on an apprentice, and a more generous package of incentives and support for those which do. Getting this right is key to the successful reform of the apprenticeship system.’

Greater detail on how the levy will function is due from the Department for Business, Energy & Industrial Strategy today, 12 August 2016.