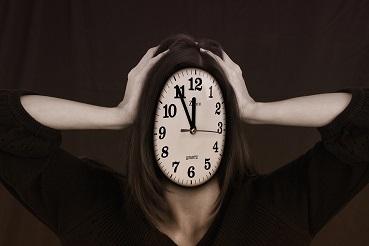 The last three months has seen the biggest quarterly jump in companies in financial distress since 2017, despite a backlog of court action preventing many county court judgments (CCJs) and winding up petitions being issued, according to Begbies Traynor

There has been a 9% increase in significantly distressed companies since the end of the first quarter of the year, two weeks into lockdown.

Begbies Traynor analysis shows that since this time there have been double-digit percentage increases in financial distress in 10 out 22 sectors analysed.

The firm says the increase could have been much greater, were it not for reduced court activity due to the coronavirus pandemic, which has limited the number of CCJs and winding up petitions being issued against indebted companies and the ban on winding up petitions for Covid related debts.

The situation with regard to winding up petitions is even starker. During July, August and September 2019, 1,019 were lodged compared to 101 during the same period in 2020, a fall of 90%.

Julie Palmer, partner at Begbies Traynor, said: ‘It is noteworthy that the number of businesses in significant distress have grown substantially in the last three months, even with court capacity significantly reduced due to the pandemic.

‘With so many businesses limping along there could be a flood of insolvencies when the courts do get back to anywhere near normal capacity and attempt to clear the backlog of pending cases.

‘This in itself, combined with the end of the furlough scheme and other government support measures, is likely to have a material impact on the UK business failure rate.’

In the last quarter alone almost 4,500 construction businesses have fallen into significant distress - an increase of 7% to 72,402.

Even though there have been encouraging signs for the real estate sector, it has failed to recover from the industry grinding to a halt, with an additional 3,700 businesses struggling. This increase of 6% since the first quarter means there are now 62,615 companies in distress, a year-on-year increase of 23%, the largest such increase across all the sectors analysed.

Well publicised problems in the hospitality sector have resulted in a 10% increase in distressed bars and restaurants since the start of lockdown, and a 5% increase in the last quarter alone. Begbies Traynor said these numbers are likely to be understated because of the reduced court activity and other short-term protection measures.

Ric Traynor, executive chairman of Begbies Traynor Group, said: ‘The government's well publicised support measures have saved thousands of businesses from certain insolvency in the short term, but the recently launched reduced version of the furlough scheme and the end to government guaranteed loans will serve to give many businesses a brutal reality check.

‘In fact, many of these businesses were debt laden before the pandemic struck and had little prospect of a viable turnaround.

‘They have seen their life prolonged by the availability of government loans and employee cost subsidies, as evidenced by the 30% + fall in insolvencies over the last six months.

‘Inevitably their underlying lack of profitability and accumulated debt will catch up with them once the subsidies end and they face the harsh realities of the challenging economic environment.’

Latest data from the Office for National Statistics (ONS) shows that across all industries, 71% of businesses said they were at no or low risk of insolvency, but 17% of those in accommodation and food services were at a severe risk.

Initial results from the ONS survey on the business impact of for the period 21 September to 4 October indicate that of businesses that had not permanently ceased trading, 41% said they had less than six months’ cash reserves and 4% said they had none.

Nearly three quarters of a million companies in financial distress