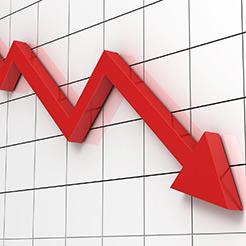 The country’s tax base is becoming too small and is causing yields to suffer, says RSM senior tax partner George Bull, who is calling for a rethink to help the public purse recover

While the narrowing in the UK tax base (who pays tax on what, and at what rates) which has occurred over the last seven years is intended to ensure that those with the broadest shoulders bear a larger proportion of the UK tax burden, the tax base is becoming too narrow. Instabilities and risks are being built into the tax system which threaten the reliability and sustainability of the vital flow of tax receipts.

Recent data adds weight to these concerns. The effect of the Stamp Duty Land Tax surcharge in England and Wales and the Land and Buildings Transactions Tax in Scotland, as well as the impact of the buy-to-let tax changes for individual landlords, all point in the same direction. Tax changes which are intended to reduce the attractiveness of some types of transactions risk changing behaviours faster than the market can compensate. As a result, a short-term hike in tax yields may be followed by a decline without the hoped-for social dividends such as the availability of more housing for purchase by younger people.

The message is becoming unmissable. Without careful consideration of alternative sources of taxation, introduced slowly and steadily in accordance with a planned timescale, the UK tax system is at risk of last-minute knee-jerk responses to make up foreseeable reductions in the tax yield.

So what might the government do to expand the tax base during the current Parliament? It’s always easy to tax property, as can be seen from the examples above. But will a Conservative government try to steal the manifesto thunder of the Labour Party by introducing a land value tax? Probably not.

While the current clampdown on tax evasion and the shadow economy will go some way to closing the gap, that’s not a long-term answer. As tax evaders regularise their affairs, the pool of untapped tax receipts will become progressively shallower.

If income tax rates are not to be increased, this points to two areas. First, large corporations. A far greater use of the diverted profits tax (‘Google tax’) along with, perhaps, a tax on the privatised utility companies such as the water industry. Second, dramatic changes to National Insurance Contributions in the wake of the Taylor review of modern working practices.

With the Autumn Budget set to take place on 22 November, these are definitely things to watch for. 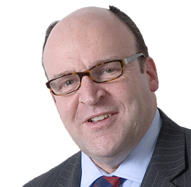