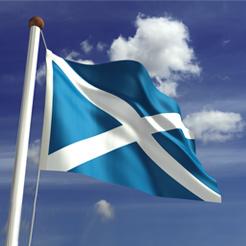 Key elements of this year’s Scottish Budget include no changes to income tax rates, non-domestic rates relief for the sectors worst affected by Covid and compensation for a council tax freeze

Finance secretary Kate Forbes said: ‘The publication of Scottish Budget 2021-22 comes almost one year on from the first case of Covid-19 being notified in Scotland.

‘The Budget delivers continued, urgent measures to control the virus and protect our economy and people, while supporting the roll-out of the vaccine as quickly and as safely as possible.’

Retail, hospitality, leisure and aviation businesses are to get 100% non-domestic rates relief extended for at least an additional three months, funded by the rates relief voluntarily returned by businesses, including retailers.

Forbes said that should the UK government bring forward an extension to its equivalent rates relief that generates consequential funding, the Scottish government will match the extension period as part of a tailored package of business support measures.

For the first time in the history of the Scottish Parliament, the poundage – the non-domestic rates tax rate applicable to all businesses– has been reduced mid-revaluation from 49.8p to 49p, the lowest poundage in the UK and estimated to save ratepayers more than £120m.

Local authorities are to be given £90m of funding – the equivalent of a 3% increase – on top of the previously agreed local government settlement to compensate councils who choose to freeze their council tax.

Forbes said: ‘I am clear that this is a time for certainty and stability for taxpayers, underpinning targeted support for the individuals and businesses most affected.

‘The tax package set out in this Budget delivers on that. We provide certainty and stability for income tax payers, with all Scottish taxpayers paying slightly less income tax in 2021-22 than in 2020-21, based on their current income.’

The finance secretary said that for a fourth consecutive year, more than half of Scottish income taxpayers will pay less tax than if they lived anywhere else in the UK.

However, CIOT’s analysis shows that taxpayers with income of more than £27,393 will pay more than those in other parts of the UK from this April, while Scots with income under this figure will pay less income tax than their UK counterparts, with a £21 saving.

As with recent years, Scottish taxpayers with income that falls between the Scottish and UK higher rate thresholds will pay a marginal rate of tax of 53% (income tax and National Insurance) on this portion of their income.

This compares with 32% for taxpayers in the same income bracket elsewhere in the UK. It arises because the threshold for paying the lower 2% rate of National Insurance (the ‘upper earnings limit’) is linked to the UK higher rate of income tax.

Alexander Garden, chair of CIOT’s Scottish technical committee, said: ‘Although the only changes to Scotland’s income tax system have been in the form of inflationary increases to all bands with the exception of the top rate, the fact that Scottish taxes have been diverging from the rest of the UK since 2018 mean that there are still a number of differences that Scots should be aware of heading into the new tax year.’

Garden also cautioned that Scotland’s full tax picture will not be known until the Chancellor’s Budget on 3 March, as there may need to be further changes to Scottish taxes before the new tax year starts on 5 April.

‘For example, both the UK and Scottish governments have had a tendency in recent years to mirror each other’s property tax changes.

‘So if the Chancellor decided to extend the UK stamp duty holiday beyond March this year, Scottish Ministers might feel that it is appropriate to revisit their proposal to end the temporary increase to the nil rate band of LBTT at the end of March.

‘There needs to be better engagement between both governments to make sure that we don’t encounter such challenges in future years.’

The Budget announcements also included a return of the ceiling of the nil rate band for residential land and buildings transaction tax (LBTT) to £145,000 from 1 April, as planned.

First-time buyer relief will continue, which raises the nil rate band for LBTT to £175,000 and results in a reduction of tax of up to £600.

The standard rate of Scottish landfill tax is increased to £96.70 per tonne and the lower rate to £3.10 per tonne to ensure consistency with planned landfill tax charges in the rest of the UK.

Forbes said: ‘We cannot underestimate the scale of the challenge we face as a result of Covid-19. The measures that we have all had to take to control the virus mean that Scotland's GDP is not expected to recover to pre-pandemic levels until the start of 2024.

‘Unemployment is expected to rise, and remain higher than pre-pandemic levels across the forecast horizon up to 2025. That requires an unprecedented response, and investing in both the immediate resilience and longer-term recovery of our businesses, which this Budget seeks to deliver.’