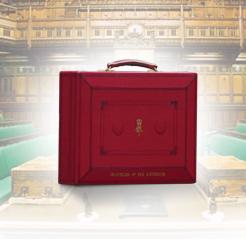 Chancellor Rishi Sunak has revealed the next UK Budget will be held on Wednesday, 3 March 2021

In a written ministerial statement to Parliament, Sunak also said the Budget ‘will set out the next phase of the plan to tackle the virus and protect jobs’, and will be published alongside the latest forecasts from the Office for Budget Responsibility (OBR).

This will be Sunak’s second Budget.  His first was on 11 March this year, and took place just a month after he became Chancellor following Sajid Javid’s sudden resignation and in the shadow of a growing health crisis.

The March Budget was dominated by the government’s first response to the coronavirus pandemic, and included £30bn of commitments to new job and business support schemes and to the government’s ‘levelling up’ agenda.

Despite the expectation that there would be a second Budget during the autumn, there has been no formal fiscal event since that date, although Sunak has provided both a ‘summer economic update’ and a ‘winter economy plan’, again largely focused on continuing Covid-19 support.

The delay has seen the devolved governments push back their fiscal events. The Welsh Assembly is now set to publish its draft Budget on 21 December and the Scottish Government has postponed its Budget until 28 January 2021.

The spending review was held in late November, with Chancellor emphasising the UK was facing an ‘economic emergency’, and revealing the economy is set to contract by 11.3%, the largest fall in over 300 years.

However, at that point Sunak provided no details of any planned tax increases or other means to reduce the government’s borrowing, meaning that next year’s Budget is the first opportunity for him to announce any changes to the tax regime.