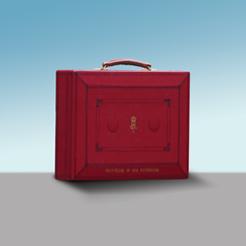 These reforms aim to see more shipping companies basing their headquarters in the UK, using the UK’s maritime services industry, and flying the UK flag.

As part of these reforms, the government will remove any requirement for ships in the UK Tonnage Tax regime to fly the flag of any EU country now the UK has left the EU, and instead focus on boosting the use of the UK flag when determining which companies can participate in the regime.

This will make it easier for shipping companies to participate in the tonnage tax regime by reducing the lock-in period from 10 years to eight years to align more closely with shipping cycles.

HMRC will be given more discretion to admit companies into the regime outside of the initial window of opportunity where there is a good reason. HMRC will also review guidance on which vessels and operations qualify for the regime to take account of developments in technology and the shipping market since the tax was introduced.

The government will also review whether to include ship management within scope of the tonnage tax regime, and whether the existing limit that can be claimed in capital allowances by organisations leasing ships to tonnage tax participants should be raised.