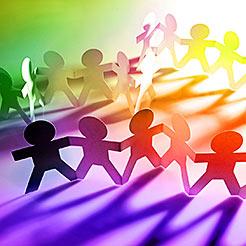 The income tax personal allowance and higher rate threshold will be uprated in line with CPI as planned in April 2021, then maintained at that level until April 2026. This decision will not reduce take-home pay and the highest income households will continue to contribute more. This will take effect in April 2022.

Robert Pullen, partner at Blick Rothenberg said: ‘With the confirmation that the personal allowance and higher rate threshold will be frozen until April 2026, the point at which someone pays 40% income tax will have only increased by £6,395 in 15 years (or just over £400 per year). With the effect of wage inflation, more people and families than ever will be dragged into 40% taxation.

‘More individuals than ever before will find themselves paying tax or suffering higher rates of tax.'

This view was echoed by Tom Evennett, EY partner, private client services, who commented: ‘As part of the Chancellor’s self-proclaimed honest approach to the British public he confirmed that the freeze in income tax thresholds would come into effect from April 2022. This will act as a ‘fiscal drag’ for individuals as the thresholds for the basic rate and higher rate of income tax will remain frozen until April 2026. As such, any inflationary increases in individuals’ salaries will result in more of their salaries being taxed at the higher income tax rates.

‘After the proposed rise in corporation tax in 2023, this is the biggest tax raising measure in the Budget and is anticipated to raise over £8bn in the 2025/6 tax year.

‘This additional tax burden is likely to be borne by those with the broadest shoulders and is projected to rocket year-on-year with a four-year freeze, particularly if inflation creeps up to the Bank of England’s target rate of 2%. At this level of inflation and without the same personal income allowance and higher rate thresholds, the total tax cost for a middle earner over four years could be in excess of £500. This rises to over £2,500 for those on higher incomes.’

There is also another knock-on effect of the decision to freeze thresholds.

Pullen warned: ‘This also ignores the effect that keeping the child benefit clawback threshold (at £50,000) and the personal allowance restriction (at £100,000) fixed will have on this impacted. This is a tax increase by another name and when compounded over five years, will be a very costly one for the average taxpayer.’

‘This also ignores the effect that keeping the child benefit clawback threshold (at £50,000) and the personal allowance restriction (at £100,000) fixed will have on this impacted. This is a tax increase by another name and when compounded over five years, will be a very costly one for the average taxpayer.’