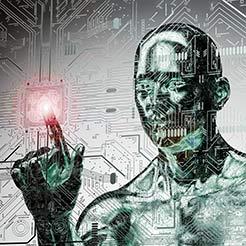 Breaking the austerity approach of recent years, the Chancellor signalled a multibillion investment in research and development (R&D) and innovation at the Budget. Stuart Weekes, partner, and Caroline Hunt, director, corporate tax at Crowe, consider whether the tax measures go far enough to stimulate growth

The strength of the innovation heartbeat is a powerful indicator of the health of an economy, but is this government serious about innovation? The proposed changes announced in the 2020 Budget appear to confirm this. However, as usual, the benefit of the changes will emerge over a number of years.

Whether it is direct investment into the public sector or support for the private sector through the provision of tax breaks, such as the research and development (R&D) tax credits and patent box, the government is recognising the value of innovation.

In the Budget speech, the Chancellor, Rishi Sunak, restated the government’s commitment that investment in R&D will be 2.4% of GDP by 2027.

The announcement of £22bn of public investment by 2024-25 in people and ideas will be welcomed by businesses in the sectors that qualify.

Life sciences are championed by providing additional funding through the British Business Bank, as well as direct investment in the facility that is seeking to find a treatment for coronavirus (covid-19). Nuclear fusion for clean energy, space and electric car industries are particular beneficiaries.

Following the model in the US, the government has also announced significant investment in a new blue skies agency. Modelled on the Advanced Research Projects Agency, this will presumably be used to develop emerging technologies.

It has great ambition and it is important to focus attention on the experts, but will the government also ensure that commercialisation of the technologies is handled by experts so that the benefit of this investment is not lost? If handled by those less experienced, this could result in a waste of UK innovation.

The private sector is rewarded with an increase in the R&D expenditure credit (RDEC) from 12% to 13%, having faced concern that the Labour party would phase it out.

However, this typically benefits large companies, not the multitude of innovative small or medium-sized enterprises (SMEs). Good for headlines, the real net cash benefit is £10.53 for every £100 of R&D spend; but only £0.81 more than under the current regime.

This improvement is disappointingly low and compares poorly to the R&D tax benefits for companies claiming under the SME R&D scheme, which, although a very generous tax benefit, remains unchanged.

As the take up of the RDEC is far lower than under the SME scheme, this change will be of limited value and to a very small number of companies.

This year marks the 20th anniversary of the start of the R&D scheme. Despite this being a well-established tax benefit, there is still no legal definition of R&D.

Instead, reliance has to be placed on HMRC guidance and professional experience.

While there has been some clarification over recent years as to what is meant by R&D, arguably it doesn’t fully embrace the breadth of R&D being carried out by today’s innovative company.

It is a shame that the Chancellor did not announce a review of the definition to ensure it is ‘fit for purpose’. However, it is great news that the government will consult on the inclusion of expenditure on data and cloud computing as qualifying for relief.

Despite the government wanting to encourage companies to claim R&D tax credits, it has become apparent that some companies have been making fraudulent claims.

As a result, the government has been considering how best it can tackle abusive tax planning. It has consulted on proposals to limit the repayment available in the SME scheme to a multiple of the PAYE paid by the claimant.

However, this received mixed feedback especially from start-ups and others who rely on third party services or employees based overseas. The government will consult again with new rules to take effect from 1 April 2021.

Interestingly perhaps there were no announcements in relation to the UK’s patent box, which provides an effective 10% tax rate for innovative companies that patent their ideas.

A relief that had been limited in benefit by EU pressure, perhaps this is something that will be in the back pocket for use in the various forthcoming trade negotiations?

While the government is trying to clamp down on tax planning that it considers to be abusive tax avoidance, it is encouraging that it recognises that innovation is a fundamental bedrock and principle to the future growth and prosperity of the UK.

Hopefully this commitment will provide certainty to businesses to invest and enable the UK to have a strong economy and deliver the growth it deserves.

Stuart Weekes is a partner, corporate tax at Crowe, and a member of Crowe’s Innovation T...

Treasury consults on banking regulators' support of IT innovation