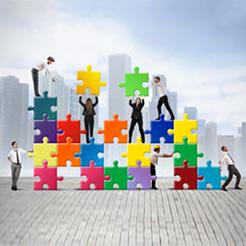 The government will introduce a package of reforms to the apprenticeship levy to strengthen the role of employers, including providing up to £240m to halve the co-investment rate for apprenticeship training to 5%.

Other reforms include raising the amount of the apprentice levy that larger companies can transfer to smaller firms in their supply chain from 10% to 25%.

A further £5m was announced for the Institute for Apprenticeships to introduce new standards and updating existing ones so that more courses can be offered – meaning more choice for those considering their training options. The government will discontinue the old frameworks so that all new apprenticeships will be on the same higher-quality standards by the start of the 2020/21 academic year.

The levy was introduced on 6 April 2017 to increase the number of people training at work by imposing a 0.5% tax on UK employers with payroll costs in excess of £3m. Businesses with 50 or more staff now have to find 10% of the cost of training and also release staff for a day a week of off-site training.

However, in 2017/18 the number of new apprenticeship starts fell by 26% compared to figures reported in 2016/17, suggesting that the apprenticeship levy as it stands is not working. In addition, a fifth (19%) of levy paying firms, including 35% of SMEs, do not plan to use the levy at all to develop apprenticeships, but will simply write it off as a tax.

Energy bills for businesses to be halved this winter