Budget 2016: Lifetime ISA to encourage under 40s to save 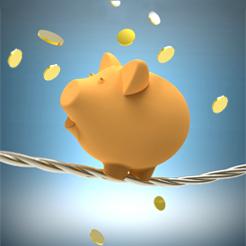 In his Budget, the Chancellor has announced an increase in the existing ISA limit to £20,000 and the launch of a new product, the flexible Lifetime ISA, which will allow those aged under 40 to save up to £4,000 each year and receive an additional 25% bonus from government, although there are criticisms that it adds to saving complexity

The new savings vehicle and increase to the ISA limit is an expensive measure, albeit welcome for savers, and will cost the government an estimated £2bn over the four years of the parliament from 2017-18 to 2020-21.

The ISA allowance will rise from £15,240 to £20,000 in April 2017. This date will also see the launch of the Lifetime ISA, which Osborne said is intended to address the challenges facing young people who want to save, by ensuring they do not have to choose between saving for retirement and saving for their first home.

From 6 April 2017 any adult under 40 will be able to open a Lifetime ISA. They can save up to £4,000 each year and will receive a 25% bonus from the government on every pound they put in. Contributions can continue to be made with the bonus paid up to the age of 50.

The government will set the limit for property purchased using Lifetime ISA funds at £450,000. This limit will apply nationally.

However, there are concerns that the changes will make the savings landscape even more complex.

Margaret Snowdon, chair of Pensions Administration Standards Association (PASA), said: ‘he young can’t afford to save.  The new personal allowance will not be enough to allow them to save into auto enrolment (AE) when contribution level increases, so those who do desperately want to save may give up on AE to save in this new way and put their cash into a Lifetime ISA (LISA) to get earlier access to their cash.

‘The details of LISA itself is very interesting.  If you are between 18 and 40 you can pay in up to age 50.  If you take out early (before 60) you will not get the government 25% bonus, or any interest on that, in addition you will have to pay a 5% penalty charge. Not so free and flexible as initially thought.

‘According to announcements, the government top up to LISA (max £1000 a year) will be paid at the end of the tax year, so a fairly big lag.  If using the money saved as a deposit for a first home (after at least 12 months of saving and not for buy to let), top up will be paid before end of the year and there will be no penalty for using LISA saving early for this purpose.’

The Chancellor backed off introducing the pensions ISA, which was consulted on after Autumn Statement 2015, but it is unlikely that reform of pensions tax relief, particularly for high earners, will remain far from the top of the agenda.

‘It’s likely to be popular and it won’t upset those people already saving into pensions - but it doesn’t address Osborne’s larger concerns about the level of pensions tax relief or the cost of public sector pensions.

‘Expect Osborne to come back to this theme once the referendum is done. Could tax relief reform be the source of the big fiscal boost in his 2019-20 plans?’

People can continue to open a Help to Buy: ISA until November 2019, as previously announced. They can also choose to open a Lifetime ISA, but will only be able to use the government bonus from one of their accounts to buy their first home.

During the 2017-18 tax year, those who already have a Help to Buy: ISA will be able to transfer the savings they have built up into the Lifetime ISA and still save an additional £4,000.

In its explanation of the new Lifetime ISA, the Treasury says that while this is a product aimed at encouraging saving for the long term, the government understands that circumstances change so wants to ensure that people can access their own money if they need it whilst also keeping an incentive to leave funds invested for the long term.

There will be a consultation on whether Lifetime ISA funds plus the government bonus can be withdrawn in full for other specific life events in addition to buying a first home. The government’s proposals are that savers can make withdrawals at any time for other purposes, but with the bonus element of the fund plus any interest or growth on it returned to the government, and a 5% charge applied.

The government will also explore with the industry whether there should be the flexibility to borrow funds against the Lifetime ISA without incurring a charge if the borrowed funds are fully repaid. In the US some retirement plans allow 50% to be borrowed up to a maximum of $50,000 (£35,500).

In his budget, Osborne also announced an increase in the existing £150 income tax and National Insurance relief for employer-arranged pension advice to £500, as part of moves to encourage individuals to take advice on their savings.

There is to be a consultation on introducing a Pensions Advice Allowance. This would allow people before the age of 55 to withdraw up to £500 tax free from their defined contribution pension to redeem against the cost of financial advice. The exact age at which people can do this will be determined through consultation.

Details of the Lifetime ISA are here