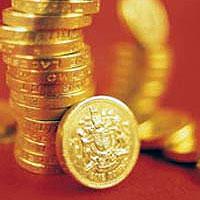 The government is embarking on a radical overhaul of the tax treatment of DC pension schemes, including removing the requirement to purchase an annuity and changes to the rules on draw down arrangements.

According to chancellor George Osborne, the changes announced in Budget 2014 are expected to put pensioners ‘in charge of their own pension pot’.

But investment advisers should urge their clients to wait if at all possible until the new system is up and running next year, experts said.

Patrick Stevens, tax policy director at the CIOT, said: ‘Advisers need to talk to their clients very quickly, and put on hold anyone about to do something with their pension, and until they see what changes come in, they should delay until next year.’

Stevens added that the ‘huge shake-up’ in the pensions industry, together with other changes such as the Retail Distribution Review, could be seen as a response to concerns over the pensions regime in recent years. But he warned that ongoing radical changes could risk damaging confidence in the regime.

The government is to legislate to allow those with a defined contribution pension to draw down from it after age 55 from April 2015, subject to their marginal rate of income tax in what Osborne described as ‘the most far reaching reform of the taxation of pensions since the regime was introduced in 1921’.

The changes would present short-term challenges but longer-term opportunities for the pensions industry, according to Malcolm Kerr, executive director at EY. He said: ‘Recognition of the challenges was reflected in the immediate share price movement of the major pension providers, but their huge amount of experience will give them a great opportunity for delivering advice.’

But he warned the demand for objective advice already outstripped supply, and he predicted an increased role for organisations such as the Pensions Advisory Service, which would be well placed to offer the £20m of taxpayer funded free ‘guidance’ announced in the Chancellor’s speech.