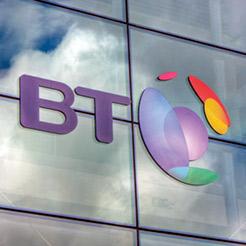 The accounting scandal at its Italian subsidiary has forced BT to pay £225m in settlement of warranty claims with Deutsche Telekom and Orange under the terms of its EE acquisition agreement, the telecoms giant has revealed

The German and French telecoms are among BT’s biggest shareholders, having accepted shares in part exchange for the sale of mobile operator EE last year.

In a statement accompany its first quarter results, BT said: ‘We have reached settlements with Deutsche Telekom and Orange in respect of any warranty claims under the 2015 EE acquisition agreement, arising from the issues previously announced regarding our operations in Italy. This represents a full and final settlement in respect of these issues and results in a specific item charge of £225m.’

At the end of last year, BT discovered what it termed ‘inappropriate behaviour and improper accounting practices’ following an investigation into its Italian business.  These included a complex set of improper sales, purchase, factoring and leasing transactions.  In total the company identified errors in 2015/16 and prior periods that amounted to a £283m reduction in total equity in the 30 June 2016 balance sheet.

In its latest statement, BT said these prior year errors have resulted from profits, and therefore equity, being overstated for a number of years. They affected the consolidated group balance sheets and consolidated group income statements included in the annual report and Form 20-F for a number of years including the years ended 31 March 2016 and 31 March 2015, and in each of the quarterly results announcements of those years.