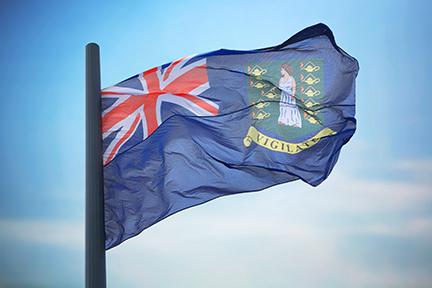 A British High Court judge is to lead an investigation into ‘consistent and deeply troubling’ concerns about corruption in the British Virgin Islands (BVI), including claims of misuse of government funds

BVI is a British overseas territory and the probe, expected to last six months, has the support of the UK government.

Announcing the development in a written statement to the House of Commons, foreign secretary Dominic Raab said: ‘The UK is extremely concerned about the state of good governance in the BVI.

‘A consistent and deeply troubling array of concerns have been put to the governor by local institutions and the community.

‘Successive attempts have been made to address these concerns through local institutions, many of which have done commendable work to bring them to light. However, the scope and seriousness of the concerns are now beyond local capacity to address.’

Amongst the allegations cited by Raab were claims that £30m of funds set aside for struggling families during the pandemic may have been reallocated to political allies; concerns around spending on government contracts without any proper procurement process; and misuse of taxpayers’ money on infrastructure and transport projects.

‘Against this backdrop, we are also concerned about the potential vulnerability of the islands to serious organised crime. The scale of this was made clear in November 2020, with the seizure of more than two tonnes of cocaine, worth just under £190m,’ Raab said.

He highlighted three cases in particular. These covered claims that £5m of public money was allocated to fund a BVI Airways route to Miami which was never operational; £700,000 was spent on a single fence for the Elmore Stoutt High School Wall; and multimillion dollar overruns on the Pier Park Project for cruise liners.

The commission will inquire into whether there is information to substantiate claims that corruption, abuse of position and serious impropriety has taken place in public office in recent years, and it will make recommendations.

Raab said: ‘This government’s aim is to build stronger governance for the people of BVI and uphold our commitment to our overseas territories and their people.’