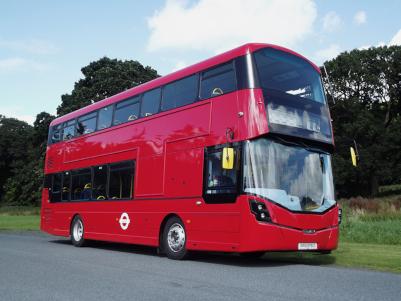 Northern Ireland bus manufacturer Wrightbus has collapsed and insolvency experts at Deloitte have been appointed to handle the administration of the company, which makes the iconic red London Routemasters and employs some 1,400 people

Founded in 1946 as Robert Wright & Son Coachbuilders, Wrightbus is best known for winning the contract to build the updated Routemaster when Boris Johnston was mayor of London, and has also made sales to the Hong Kong and Singapore transport authorities.

Two years ago, the company moved to an enlarged manufacturing site in Ballymena. Johnson visited the County Antrim factory during the EU referendum campaign in February 2016 to officially announce a Transport for London (TfL) order for 200 more ‘Boris buses’. The deal was worth £62m and took the number of Routemasters on the streets of London to 1,000.

However, Johnson’s successor as mayor, Sadiq Khan, cancelled further orders, although Wrightbus did recently win a TfL order for 20 new hydrogen-powered buses which cost around £500,000 each.

Overall, bus operators have stalled on new purchases, having made significant investments in their fleets to meet new emissions standard in recent years.  Wrightbus has recently been seeking investment or a new owner as it struggles with cash problems. The company made two rounds of redundancies last year, shredding around 100 jobs.

Deloitte has been advising the company on a possible sale, but it has emerged that both Chinese engineering group Weichai and a firm headed by Jo Bamford have pulled out of talks. Northern Irish businessman Darren Donnelly also withdrew from making a potential bid for the firm.