Boardroom gender parity 20 years away as UK falls behind Europe 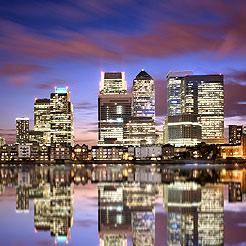 Gender diversity on boards is slowly improving, but at the current rate of progress it will take 20 years before global boardrooms achieve gender parity in Egon Zehnder survey

The latest figures from headhunter and leadership advisory consultancy, Egon Zehnder, show that nearly 19% of seats on the boards of the largest companies globally are held by women, up from 14% in 2012.

Egon Zehnder stressed that the pipeline for increasing female presence in the boardroom is poor, as the overall global ratio of male to female directors for new appointments remained on average at three males to one female for board appointments.

It points out that current and former CEOs and CFOs represent the highest share of new board appointments, but women hold just 4% of CEO roles and 1% of CFO roles globally.

The spurt of activity in women hires in the UK appears to have slowed since the release of the final Davies Report on Boardroom Diversity in 2015, which set revised targets of 33% female representation on boards by 2020.

The UK figure is lower than the western Europe average of 35.4%.

In 11 of the countries, at least half the boards studied had no women at all. These included Russia, South Korea, Saudi Arabia, Czech Republic and United Arab Emirates.

Rajeev Vasudeva, CEO, Egon Zehnder, said: ‘A modern organization is only as successful as its leader-ship's ability to navigate a near-constant state of change, and the momentum for achieving gender parity is simply not occurring at the pace of progress required.

‘The global board diversity analysis reinforces that we must continue to accelerate efforts to broaden opportunities at the highest levels of leadership for women, requiring we rethink what great leader-ship entails.’

The bi-annual study, which examines board data for 1,491 of the world's largest companies across 44 countries globally with market capitalization exceeding €6bn (£5.1bn), has been produced since 2004.