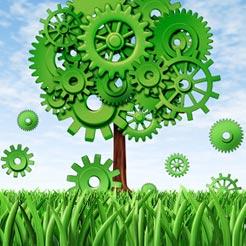 Environmental lawyers ClientEarth have reported four companies to the Financial Reporting Council (FRC) over failures to address climate change trends and risks in their reports to shareholders, and have challenged their Big Four auditors to explain their approach

The law firm says that while the four - EasyJet, Balfour Beatty, EnQuest and Bodycote - do acknowledge their greenhouse gas emissions and indicate efforts to reduce them, none of the four clearly confront the risks or trends that climate change or the low carbon transition present to their business. It says this makes them outliers among their peers and in potential breach of UK reporting laws.

The companies’ auditors – PwC, KPMG, EY, and Deloitte respectively – all failed to signal any problems, stating that the reports complied with the law and that there were no material misstatements. ClientEarth has sent letters to the Big Four, asking them to explain their approach to these issues.

ClientEarth has asked the regulator to investigate the companies and to ensure any deficiencies in the reports are corrected, claiming that relegating climate considerations to the corporate social responsibility section of a report is no longer good enough.

Daniel Wiseman, a ClientEarth lawyer, said: ‘Governments, regulators and investors have been saying for years that climate change and the energy transition are some of the biggest challenges facing business. For companies in exposed sectors to claim these risks are not material to their shareholders is unacceptable.

‘Manufacturers, builders, airlines, oil and gas producers – all are at risk in some way. Investors expect these issues to be dealt with just like any other risk to their capital.’

ClientEarth is calling for the FRC to clearly state that these companies have failed to report material climate-related risks, and must correct their reporting accordingly.

Wiseman said: ‘Company auditors have a critical role to play here too. What value are the auditors’ opinions if they are not applying the full extent of their expertise and knowledge to test management on this information?”

‘The “Big Four” all talk a big game on climate risk reporting. We want to know how they’re putting it into practice in their core audit work. Investors should be asking the same question.’

In a letter to KPMG, auditors of Balfour Beatty, ClientEarth states: ‘As an international infrastructure and construction business, Balfour Beatty's business is materially exposed to the trends and risks associated with climate change and the low carbon transition.

‘However, other than the mandatory disclosure of greenhouse gas emissions for which the company is responsible and a general discussion of its carbon emissions in a 'corporate responsibility' section, Balfour Beatty’s annual report provides no substantive discussion of any risks or trends associated with climate change or the low carbon transition.’

The letter to Deloitte, auditor of Bodycote, makes a similar point, stating: ‘As an international engineering services provider and industrial manufacturer with an energy intensive business model, Bodycote's business is materially exposed to the trends and risks associated with climate change and the low carbon transition.’

The letter to PwC, auditor to EasyJet, makes a similar claim about lack of reporting of climate change issues in the main part of the annual report.

ClientEarth’s letter to EY, auditor of EnQuest, which is an international oil and gas production and development business, claims that ‘other than the mandatory disclosure of greenhouse gas emissions for which the company is responsible, EnQuest’s annual report makes no reference at all to any risks or trends associated with climate change or the low carbon transition,’ and argues it  ‘has not been prepared in accordance with the applicable legal requirements and contains material misstatements by virtue of its omission of this information.’

In a statement, the FRC said: 'We will consider the complaints in accordance with the conduct committee's published operating procedures.'

The Big Four have been approached for comments.

ClientEarth letters to the FRC and Big Four are here.