Draft plans by the OECD to arrest the erosion of tax treasuries and prevent avoidance through profit shifting are very much on track and are already materially impacting the global tax landscape, says Richard Collier, PwC senior tax partner

It is just over a year ago since the OECD's Base Erosion and Profit Shifting (BEPS) project started in earnest following the publication by the OECD of its Action Plan in July 2013. Over the last few months we have seen a broad range of detailed proposals from the OECD dealing with such topics as treaty abuse, hybrid mismatches and country-by-country reporting and transfer pricing documentation.

In all these areas, very significant tax reforms are being proposed. We have also seen a wider discussion of the tax issues presented by digital business, although the immediate work in that area relates to transfer pricing and permanent establishment issues.

Taken together, there seems little doubt that, directly or indirectly, the BEPS project is having, and will continue to have, a material effect on the international tax environment.

That effect may be seen in any one of three different ways. First, via the OECD changes themselves - and in this case such changes could be effected ultimately through changes to double tax treaties or the OECD’s Transfer Pricing Guidelines. OECD change may also come through the enactment of OECD proposals for changes to the tax system of individual states. Second, change could come through the mechanism that the OECD does not want to see, namely unilateral change as seen recently for example in France, Mexico and China. Third, and perhaps most immediately, there is the change effected by a behavioural shift on the part of the tax authorities, as they tighten their approach to dealing with the cross-border tax affairs of multinationals.

Standing back from what we have already seen by way of output from the BEPS project, what conclusions can be drawn? There are three clear points. First, the scale and scope of the work in progress is clearly more far-reaching than many had anticipated. For example, the comprehensive treaty abuse proposals have caught many off guard and the scale of the package was largely unexpected.

Second, unlike virtually all previous OECD tax projects, the ambitious package as a whole is broadly on schedule, notwithstanding the incredibly tight deadlines that have been set. This does not mean that there are no different views being expressed by states on the BEPS package as such different views and perspectives clearly do exist. However, so far at least, the OECD has managed to confine the level of disagreement and kept its package broadly on schedule.

Unlike virtually all previous OECD tax projects, the ambitious package as a whole is broadly on schedule, notwithstanding the incredibly tight deadlines that have been set

Third, it is clear that the OECD package is going to have a significant impact on the taxpayer, whether that is a constraining effect on tax planning (as in the case of the impact of the hybrids proposals and the treaty abuse proposals) or whether it forces new compliance obligations (as in the case of the country-by-country reporting proposals and the revised approach to transfer pricing documentation).

All of these comments are made at a time when we are barely half way through the programme as a whole.

And there’s more to come…

BEPS season 2 really kicks off in September and involves a lengthy list of further areas on which work is to be conducted. The list includes Control Foreign Company (CFC) measures, the treatment of interest payments, work on the permanent establishment threshold test, work on risk shifting and excess capital, high risk transactions including profit splits and recharacterisation, disclosure obligations, dispute resolution, data on BEPS and the multi-lateral treaty.

Most of the work streams for 'Season 2' of BEPS contains some pretty major challenges which are likely to prove controversial – amongst multinationals for sure and also amongst the tax authorities participating in the process, which may have very different views on what measures are acceptable (for example on how far it is acceptable to have broad-based and subjective anti-avoidance rules and how far domestically headquartered multinationals are to be shielded from the changes proposed).

The difficulties can be illustrated by reference to a couple of the upcoming work streams. In relation to the work on permanent establishments (ie, the rules which determine whether or not a taxable presence is created) it is not yet clear how far reaching the changes to these rules will be, although the OECD is known to be working on a wide range of different issues affecting most of the underlying rules.

One of the obvious candidates for change is the 'dependent agent' rule (which applies to create a permanent establishment where certain agents recurrently conclude contracts for a principle). The rule is widely regarded as problematic and this might suggest it would be easy to secure agreement for its change. However, changing this rule could have extensive effects on the taxation of international business and push much greater taxation to source countries. Accordingly, whether as a political matter significant change will be made remains unclear.

Similarly, in the case of the OECD's proposed work on 'excess capital' and risk shifting, the OECD is targeting what it perceives as instances of the abusive location of capital in tax havens or low tax states (excess capital), together with abusive instances of the shifting of risks (and therefore reward) from high tax to low tax states. There are two obvious issues that will need to be addressed in this work stream. First, how far should the tax authorities go in ignoring the effect of legal contracts and documentation that has been entered into by separate (if related) companies and, secondly, if the approach is to turn on criteria of what is, and what is not, acceptable, where is the line drawn?

A different sort of challenge will be presented by the work on CFCs. Here, it is well known that the US is relatively keen on the use of CFC responses to instances of base erosion and profit shifting yet at the same time the UK, for example, is much less enthusiastic about such proposals and will instead prefer anti-avoidance approaches based on transfer pricing.

The progress of BEPS season 2 will clearly be one to watch. 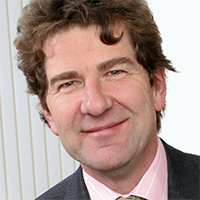 Collier was, until recently the global leader of PwC's banking tax practice. He has been deeply involved in tax po...