In my last article, I commented on the VAT rules as they apply to events agencies and referred to negotiations between leading trade body Eventia dn HMRC (see Accountancy, November 2012). Happily, a successful conclusion has now been reached on one issue, namely the issue of a VAT invoice for an event. Negotiations continue on the other points. This article considers the nature of invoicing agreement.

It is quite common for an event to comprise a combination of designated travel services and inhouse supplies. A designated travel service (often referred to as a 'margin scheme supply') is one which satisfies the conditions for the application of a Tour Operations Margin Scheme (TOMS), namely that it is acquired and supplied by a tour operator (given a very wide meaning) without 'material alteration' or 'further alteration' and for the benefit of a traveller. An inhouse supply is one made from the supplier's own resources (eg, transport in a vehicle owned by the agency) or supplied after 'material alteration' or 'further processing'. HMRC guidance (para 7.12 and 7.13, Public Notice 709/5) gives the example of a conference comprising a combination of designated travel services and in-house supplies created by 'material alteration/further processing'.

In para 2.13 of 709/5, HMRC says that the whole of such a mixed event 'must be accounted for using TOMS'. This means that the margin achieved on the designated travel service element must be identified and output tax declared on that margin (if the event is in the EU) and the in-house part must also be valued. The TOMS calculation is the means by which these values are identified. The in-house supplies are not designated travel services, so the value needed is the full selling price.

The inhouse supply is normally considered to fall within the general place of supply rule (s. 7A, VAT Act) so the place of supply is the establishment of the client. VAT is due whenever the client is established in the UK, regardless of where the event is held. This has been the rule since 1 January 2011. Prior to that, the inhouse part was usually taxable where the event took place. A number of agencies have been caught unawares by this important change. The inhouse value on which VAT is due can be very large. HMRC's position has been that a VAT invoice cannot be issued for supplies accounted for within TOMS. As mixed events are within TOMS, it has followed that a VAT invoice should not be issued for any part of the event. This policy meant that an agency has often been required to pay VAT at 20% on the inhouse value but not able to provide the means to the client to recover this VAT. This seemed to breach a basic VAT principle in terms of the right to recover input VAT and became a much more frequent problem at the start of 2011.

Eventia made representations on the inequity of HMRC's approach. HMRC has now agreed that their existing guidance is wrong and that a VAT invoice should be issued for the inhouse part of an event (where the supply is taxable). This enables an events agency to pass on the inhouse VAT cost to the client and the client (subject, of course, to VAT status) to recover the VAT. This will make for much greater efficiency and fairness in the VAT treatment of events.

HMRC's agreement with Eventia was reached before the European Court of Justice (ECJ) judgment of 26 September 2013 on the application of TOMS [European Commission v Kingdom of Spain, Case C–189/11]. That decision is likely to be seen in years to come as a landmark in the taxation of travel. It is not thought that the decision affects the invoicing of inhouse supplies but the decision, together with the Advocate General's opinion, might be interpreted to mean that a VAT invoice should also be issued for the designated travel service part of an event. That would require disclosure to the client of the supplier's margin which sometimes, of course, would be commercially sensitive.

We are making progress but it is clear that there is still much to be considered.

David Bennett is VAT partner, Saffery Champness and a member of the regulation committee, Eventia 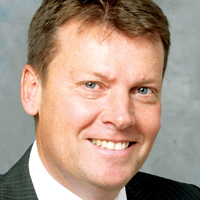 David Bennett is a VAT specialist at Saffery Champness focusing on the travel industry. He acts for tour operaters, travel agents an...