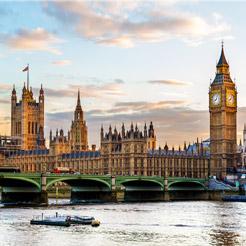 Both academics and business experts raised concerns of ‘unintended consequences’ of audit reforms to the business, energy and industrial strategy (BEIS) committee, with broad disagreement over whether the changes should be led by government or business, reports James Bunney

Mark Pawsey MP asked the business experts how shareholder and investor engagement with the audit of companies be improved. Liz Murrall, director of stewardship and reporting at The Investment Association, said: ‘I think we could do more, and would like to, but we need more transparency in audit…I think we could hold auditors and audit committees responsible for the judgments made’.

Euan Stirling, global head of stewardship at Aberdeen Standard Investments, said ‘I think it is important to reassert the authority of the shareholder. Shareholders are the effective appointers of auditors. They are also the recipients of the audit report.’ Remarking that shareholders should be able to challenge the audit committee, who should then challenge the auditor, he said there should be ‘challenge all the way through’ the process.

He noted Sir John Kingman’s recommendations in the Kingman review, saying ‘I think greater oversight from a new regulator with more explicit powers in this area would be helpful, but I would worry that when appointment was taken away from shareholders it might…have further adverse unintended consequences.’

Natasha Landell-Mills, head of stewardship at Sarasin & Partners, said that she was broadly supportive of the Kingman proposals, but noted that ‘the fear is that you replace market failure with regulator failure’.

Murrall said that what investors want ‘is accounts that show international comparability. We want accounts that allow us to make investments decision, capital allocation decisions, and allow us to hold management to account, and it is vital that these accounts are subject to a quality audit’.

Anna Turley MP asked if the proposed market share cap was a good option. Leon Kamhi, head of responsible investment at Hermes Investment Management, raised the possibility that the market would adjust: ‘You would not want the market share cap to be chosen by the auditors because of the cherry-picking issue the CMA [Competition and Markets Authority] raised.

‘It could be - and some of the Big Four are saying this - imposed from outside. What this does is take away the choice of the audit committee, but at least once it is in place then the market can get on with it.’

Discussing the CMA and Kingman proposals, Stirling said: ‘Accountants view themselves as professional and that professionalism requires a degree of separation between the accountant and the client. I would argue that a degree of complacency has crept into the profession where commercial considerations are being allowed to rise in the balance of decision-making…at the expense of public interest or ethical considerations.

‘I think the broad range of measures being proposed go some way to addressing that so in the future we end up with better governance, with more concerned audit committees - and standing behind them more concerned shareholders - and that should reassert the right balance of professional scepticism.’

Rachel Reeves MP, chair of the committee, noted that all of the proposals had their share of advantages and disadvantages, and that ‘the easy thing is to stick with the status quo, but that does not work and it has failed, and so we have to take a risk on something else…when we make a change we have to be honest and say that it is not perfect, but we are replacing a highly imperfect system'.

In her final question, she asked the witnesses what they would suggest to improve audit quality. Landell-Mills replied, saying that ‘I think that the key thing for improving audit quality is knowing what a high-quality audit looks like. With regards to the actual proposals…transparency is absolutely vital, because sunlight is the best disinfectant.'

Taking evidence from the academic experts, Ian Liddell-Grainger MP raised the question of the difference between the public expectation of audit and what the firms can deliver, asking whether it is ‘more of a quality gap, or more of an expectation gap’.

According to Vinita Mithani, lecturer in accounting at Middlesex University, there are ‘inherent limitations’ in even the most competently carried-out audit. ‘However, there have been far too many cases where auditors have found not to have challenged the most contentious management assertions.’

‘In my opinion the expectation gap is that we expect auditors to carry out their work independently, when they cannot be fully independent considering that they give an opinion on assertions made by the very people who have the greatest influence on appointing them, remunerating them, and dismissing them.’

Sir Patrick McLoughlin MP discussed the CMA report on audit, asking what possible consequences the CMA’s recommendations, which included a joint audit regime, could result in.

Ilia Basiudis, senior lecturer of financial accounting & auditing at Aston University, said that increased regulation in 2016 meant that ‘now we have less competition because Grant Thornton decided not to tender to any FTSE 350 [companies]. That was not the intention of the regulation, but that was the unintended consequence. The preferred remedy of the CMA…could increase costs without improving the quality of audits’.

Peter Kyle MP asked how easy it would be to impose the CMA’s other proposal, which involved a split between audit and non-audit services.

According to Basiudis, ‘there is no compelling academic evidence of audits being jeopardised when auditors provide non-audit services to clients. It would only help with the perceptions of non-professional investors’.