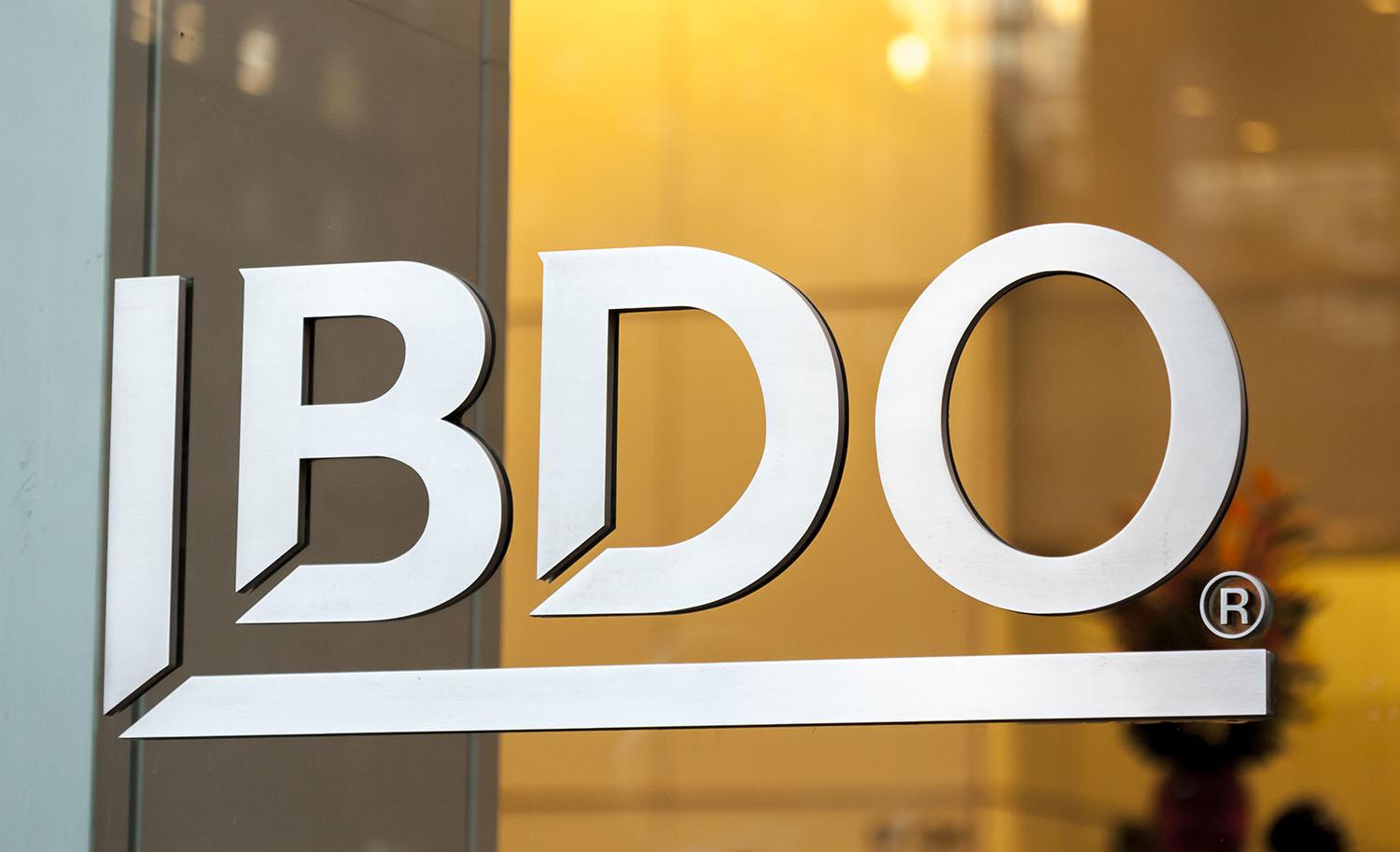 Fee income hit £578m for year end September 2019, up from £468.7m for BDO on a standalone basis the previous year. The merger with Moore Stephens LLP in February added revenues of £134m, based on the firm’s 2018 results. The combined results marked a 25% hike in fee income, with 15% organic growth.

Paul Eagland, managing partner of BDO, said: ‘Behind the headline figure of 25%, the equally pleasing aspect of these figures was the legacy growth of 15%. This growth is unprecedented – we put it down to our core client base, entrepreneurial, mid-sized businesses. After the financial crisis our experience was that mid-market businesses seemed to be able to react and respond faster than larger businesses and despite the Brexit debate, it is just amazing how they have continued to grow very quickly and they’re also incredibly resilient.’

BDO has now moved into 5th spot behind the Big Four, but Eagland said it was never the ambition to move up the rankings. ‘It wasn’t an ambition to be a particular size, it was genuinely two like-minded businesses. The financial results are just a by-product of the right cultural fit.

Five months since the merger was finalised, BDO is still working on a number of back office issues, working on consolidating IT and back office issues. ‘Systems integration is painful,’ said Eagland, ‘but we’re in a very good place in terms of clients and people. During the merger the focus was on getting the cultural fit right, and we’ve kept the legacy clients, both for BDO and Moore Stephens.

‘The culture issue was very important – both firms only signed up to the merger as we were super confident we had the same cultures.’

There was growth across all service lines with audit up 25% to £200m [2018: £164.6m] on the previous year, helped by growth in AIM-listed audits and the knock-on from the merger. BDO also won a number of audit tenders, including investment manager AJ Bell and car parts retailer Halfords from KPMG, and property company Galliford Try from PwC. This illustrated how FTSE 350 companies are now prepared to look at non-Big Four firms as their auditor at a time of intense scrutiny of the audit market.

‘Even without the merger impact, underlying [audit] organic growth was 15%,’ Eagland said. ‘Part of that is increasing market share.’

Despite tendering for increasing number of audits, Eagland is realistic about the firm’s ability to handle the largest audits. ‘There are 40 businesses within the FTSE 100 where it just would not make sense to tender for those audits. When you drop below the top 40, there are plenty of entities where we do have the capabilities to tender. And there is always a by-product of engaging with those companies as you get to know these organisations.

‘All firms in the audit area are completely evaluating the risk/reward of providing statutory audits. The moment there’s a corporate failure you automatically expect that your last three audits will be forensically reviewed.’

The tax business reported growth of 20%, generating revenues of £168m [2018: £141.8m], driven by an increase in tax compliance and risk advisory services, as well as the personal tax practice. There has also been a shift in the type services offered by the firm as businesses react to intense scrutiny from worldwide tax authorities.

Eagland said: ‘There has been a shift from businesses focusing on generic tax planning to making sure that as they grow as a business their priority is to make sure they are very compliant. Tax authorities are scrutinising how businesses are structuring their companies for tax.’

‘BDO provides tax and other advisory services to 40% of the FTSE 350, this just going to continue to grow,’ said Eagland. ‘One of the challenges with the limited number of firms in the market is that choice is very limited.’

This substantial hike in profits – which includes five months of post-merger activity – will enable the firm to continue to make significant investments in its people and technology, including £4m on developing data analytics and audit processing software over the coming year, as well as a £20m investment in the UK audit practice.

Investment in people has been a key business priority. This year, BDO promoted 13 partners internally and appointed 14 new partners from other firms. A further 1,500 promotions were made across the business, representing almost a third of BDO’s UK workforce, while 390 trainees were recruited – including a record number of school leavers.