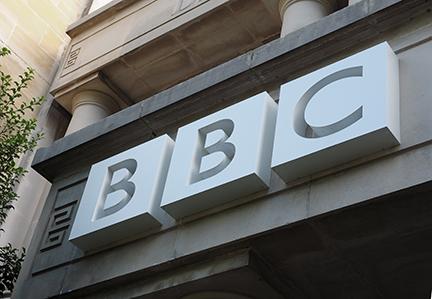 The BBC is facing an uncertain financial future, with significant challenges to its main source of income, and the need to introduce greater savings, according to the National Audit Office (NAO)

The audit watchdog’s report found that for three of the past five years, the BBC’s costs have outstripped its income, with the broadcaster making a loss of £119m in 2019-20.

The NAO said the BBC has experienced some uncertainty over its income as a result of Covid-19, but it has performed better financially than it expected to at the start of the pandemic. Despite this, the BBC still plans to deliver savings of £125m as there remains a risk the pandemic could adversely affect its finances.

In 2020 it increased its annual savings target to £1bn by 2021-22 due to the impact of Covid-19 and the decision to continue to offer free licences to some over-75s.

The NAO said the BBC has delayed making major redundancies, which are the most challenging aspect of its saving programme, while the broadcaster also believes the areas in which it could make further savings without significant audience impact are limited.

The watchdog said the BBC has not always accurately estimated its project costs. For example, in 2018, the NAO reported that the BBC’s construction project to renew the EastEnders set was due to be delivered 31 months late and more than £25m over budget.

The latest report found the BBC has sought to strengthen the governance of its critical projects to ensure that lessons are learned going forward, but the NAO said it is too early to assess how effective this has been.

In August 2020, the BBC began charging some over-75s for their licences. The BBC estimates that, in the medium term, this policy could provide it with more than £500m annually, less than the £745m it would have received if government had continued to fund free licences for all over-75s.

In November 2020, the BBC began negotiations with government about the future funding it will receive from the licence fee and will be subject to a mid-term review of its Charter between 2022 and 2024. Government is also consulting on decriminalising licence fee evasion, which the BBC estimates could reduce its income by over £1bn by 2027.

The NAO said a falling audience share poses a risk to the BBC’s licence fee income, as viewing habits have shifted dramatically in recent years, particularly among younger audiences. In addition, the BBC’s financial flexibility is constrained by a range of factors. It is regulated more closely than other public service broadcasters which means there is a broad range of programming that the BBC must make that its competitors do not.

The NAO said the BBC has not yet analysed the impact of potential changes to the licence fee, such as an end to increases in line with inflation or the introduction of alternative funding models. While the BBC considers that it delivers significant wider value to British and global society, it has not conducted an economic analysis of this in almost 10 years.

In November 2020, the BBC commissioned an assessment of the BBC’s wider economic value to the UK in preparation for its negotiations with the government over the new licence fee settlement.

Gareth Davies, NAO head, said: ‘The BBC faces significant financial challenges as it embarks upon licence fee negotiations and its mid-term charter review. It has made significant cost savings and has identified the need for more with licence fee income under pressure.

‘As decisions about the licence fee are made, the BBC needs to develop a clear financial plan for the future setting out where it will invest and how it will continue to make savings. Without such a plan, it will be difficult for the BBC to effectively implement its new strategic priorities.’

The NAO recommend that the BBC produces a long-term financial plan as soon as possible that sets out the next stage of its savings programme, and how it will fund its new strategic priorities. It should establish how it will monitor its wider economic value on a more regular basis and assess, a year from now, the effectiveness of its efforts to learn from its experiences of managing projects and reducing their costs.